Homepage > Prepare for GMAT > What is a Circle and its properties? (definition, formulas, examples)

What is a Circle and its properties? (definition, formulas, examples) 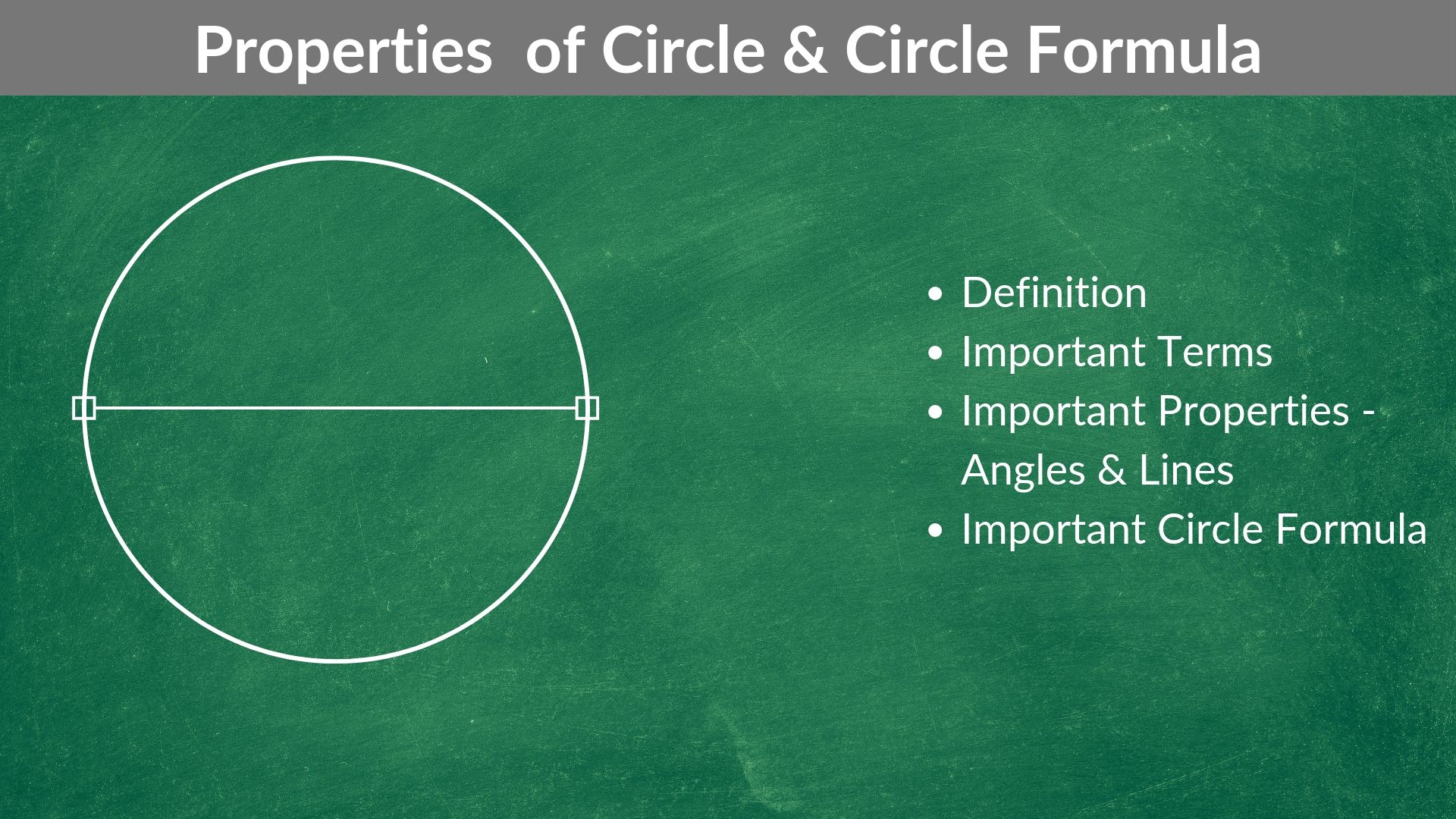 A circle is a closed shape formed by tracing a point that moves in a plane such that its distance from a given point is constant. The word circle is derived from the Greek word kirkos, meaning hoop or ring. in this article, we cover the important terms related to circles, their properties, and various circle formulas. 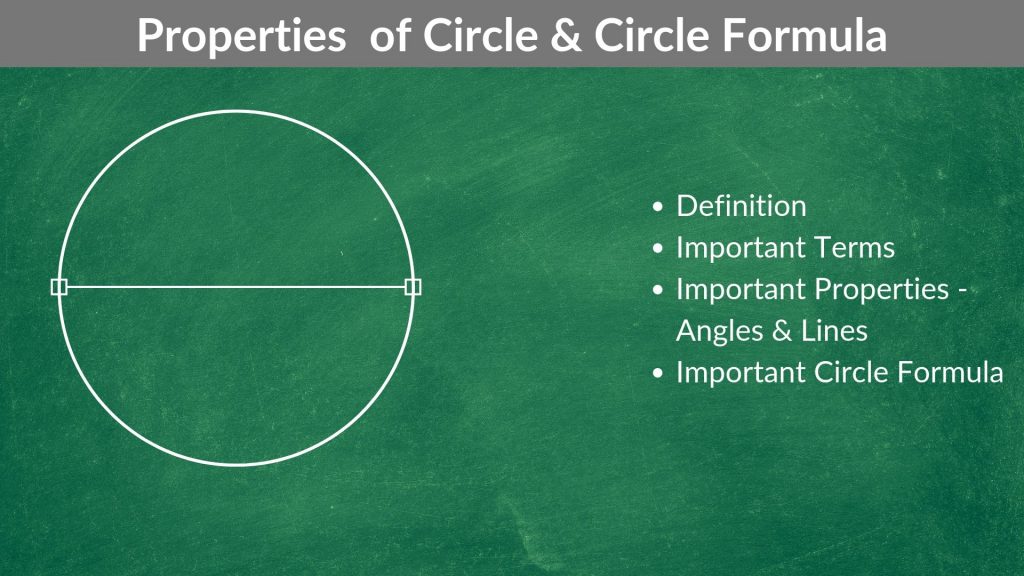 Following is a brief outline of the topics that we will cover in this article:

Definition of a Circle

When a set of all points that are at a fixed distance from a fixed point are joined then the geometrical figure obtained is called circle. 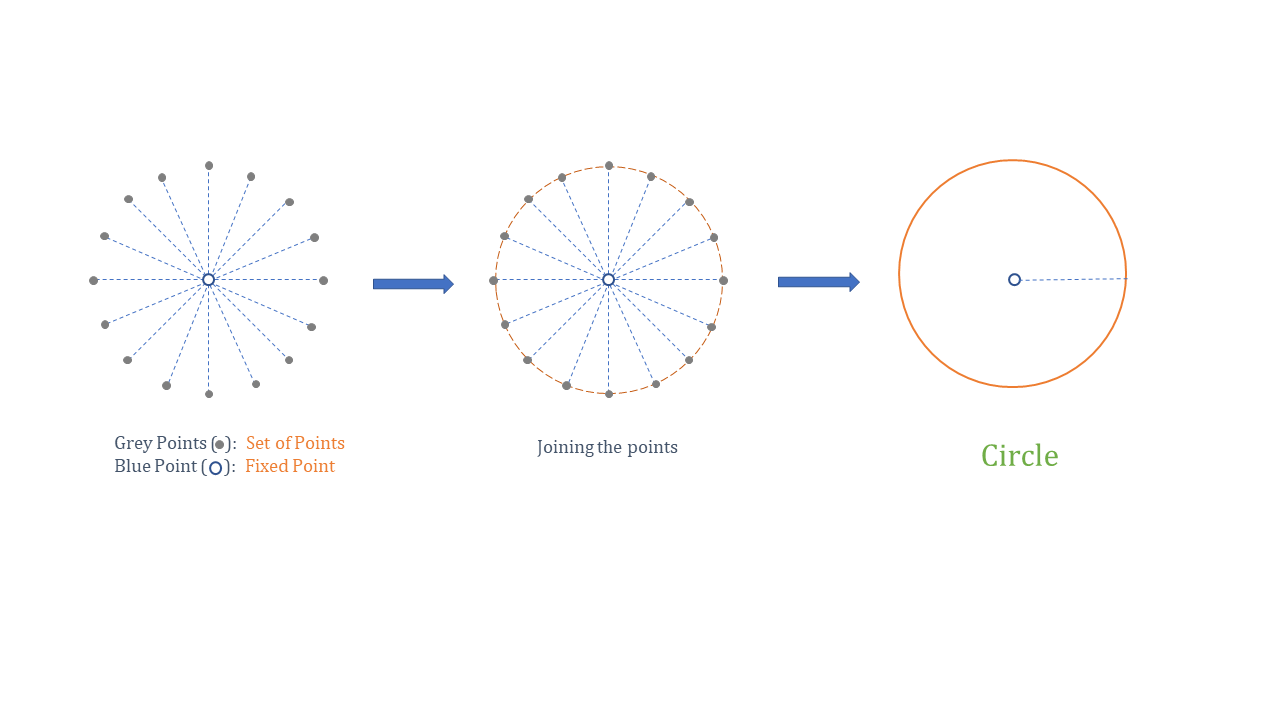 Let us now learn a bit about the terminology used in circles. 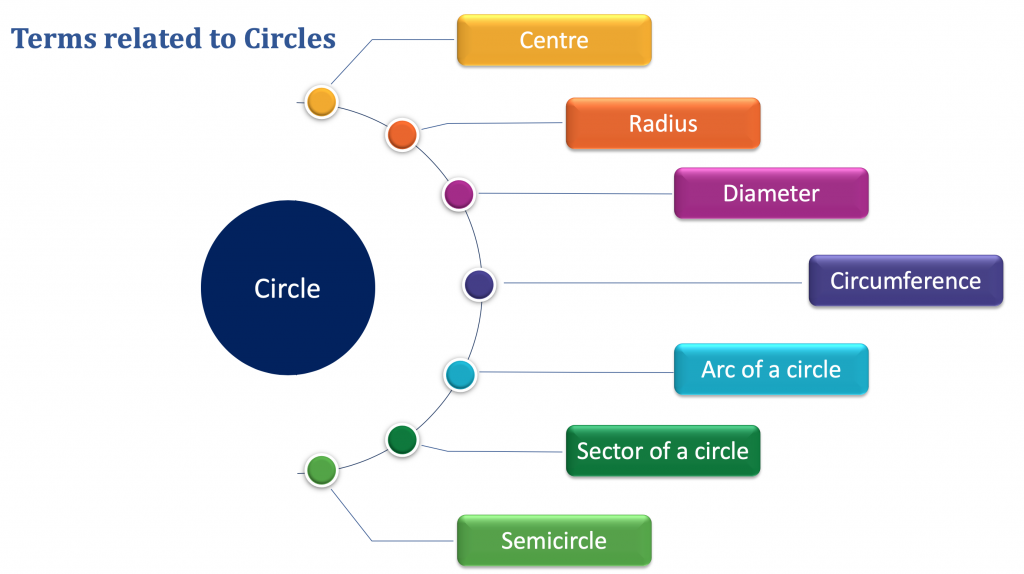 The fixed point in the circle is called the center.

Radius is the fixed distance between the center and the set of points. It is denoted by “R”.

Diameter is a line segment, having boundary points of circles as the endpoints and passing through the center.

It is the measure of the outside boundary of the circle. 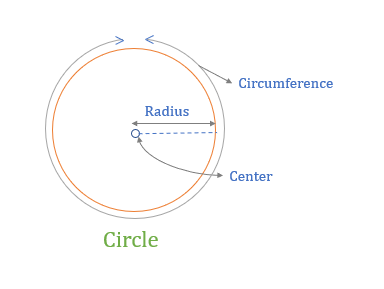 Arc of a circle

The arc of a circle is a portion of the circumference.

From any two-points that lie on the boundary of the circle, two arcs can be created: A Minor and a Major Arc. 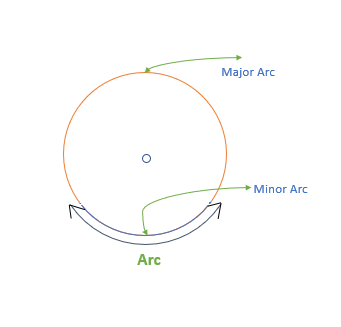 Sector of a circle:

A Sector is formed by joining the endpoints of an arc with the center. 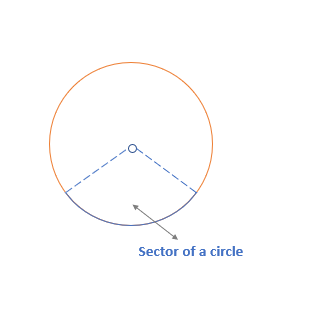 A semi-circle is half part of the circle or, 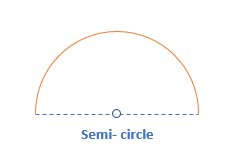 Now that we know all the terminologies related to the circles, let us learn about the properties of a circle.

Geometry is an essential topic to ace if you plan to score 700+ on the GMAT. Let us help you achieve mastery in GMAT Geometry. Start by signing up for a free trial and learn from the best in the industry. After all, we are the most reviewed company on gmatclub.

Carrie Law, Guillermo, Sireesh, and Raghav are just a few of the students that have achieved a Q50+ score in the GMAT Quant section using e-GMAT. 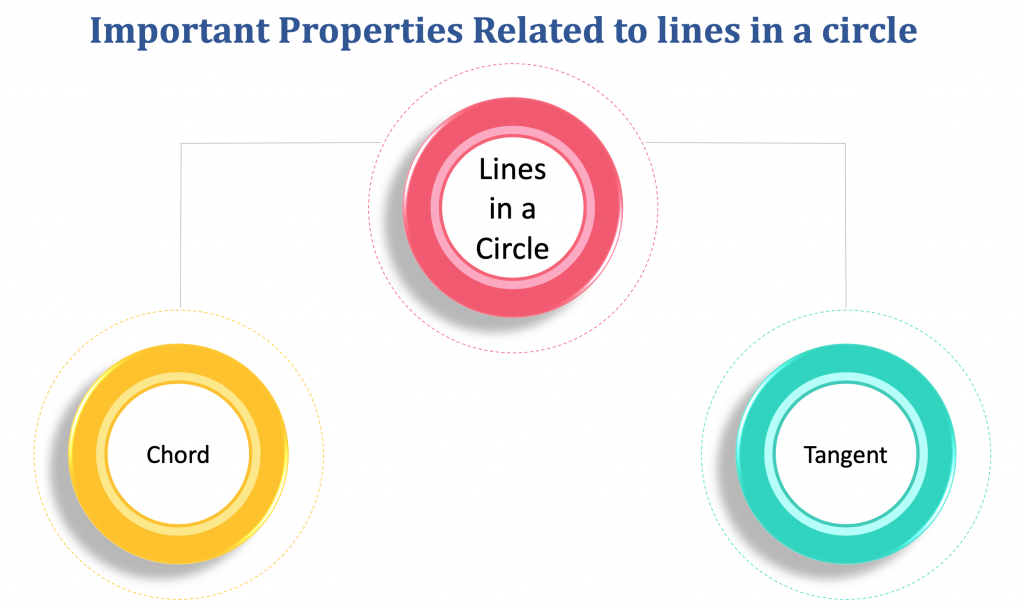 Properties related to Lines in a Circle

A chord is a line segment whose endpoints lie on the boundary of the circle. 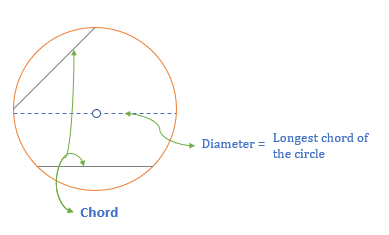 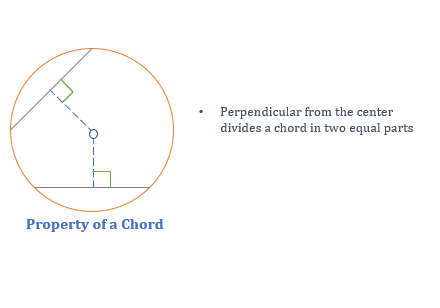 Tangent is a line that touches the circle at any point. 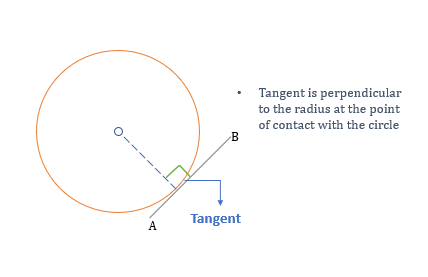 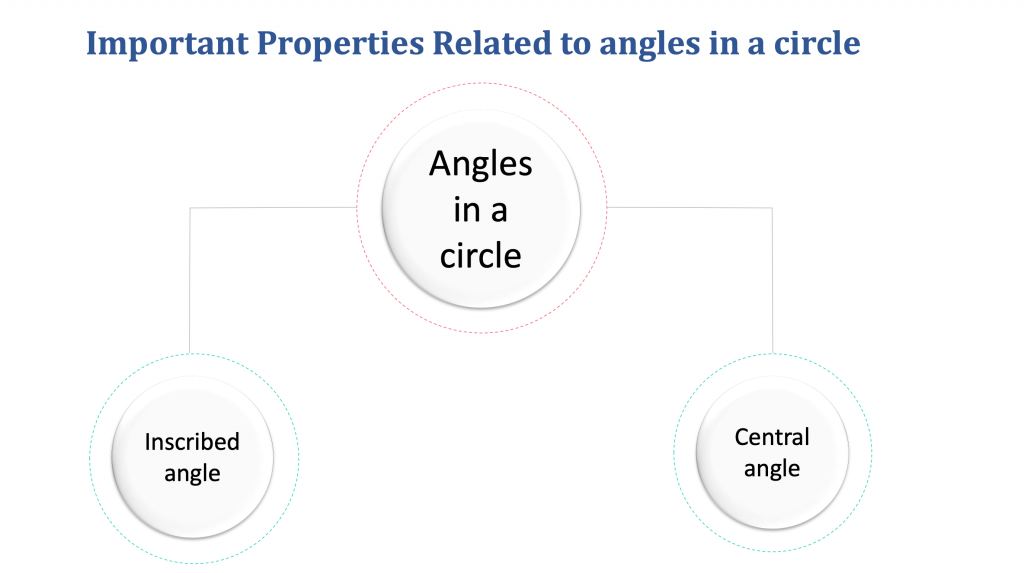 Properties related to Angles in a circle

An inscribed angle is the angle formed between two chords when they meet on the boundary of the circle. 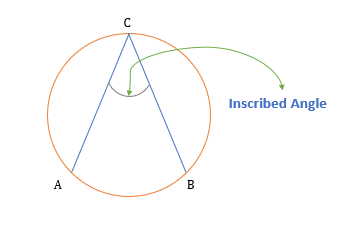 1. Angles formed by the same arc on the circumference of the circle is always equal. 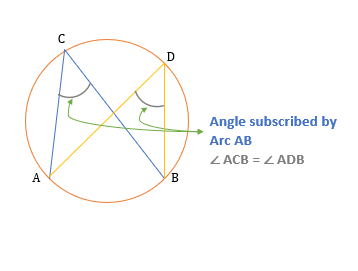 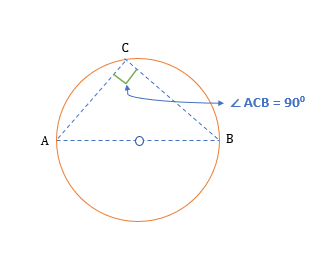 A central angle is the angle formed when two-line segments meet such that one of the endpoints of both the line segment is at the center and another is at the boundary of the circle. 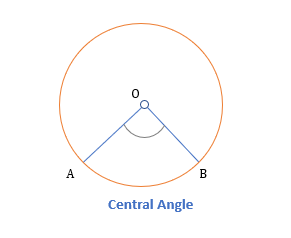 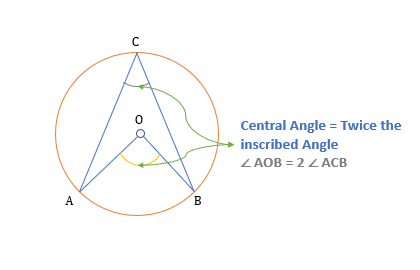 The following are some mathematical formulae that will help you calculate the area and perimeter/circumference of a circle.

Summary of all the Properties of a Circle

Here is a summarized list of all the properties we have learned in the article up to this point.

Application of the properties in the questions

Let us draw the diagrammatic representation. 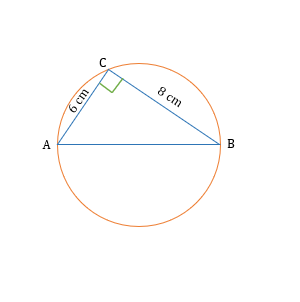 By applying the property that the angle in a semi-circle is 90º, we can say that AB is the diameter of the circle. 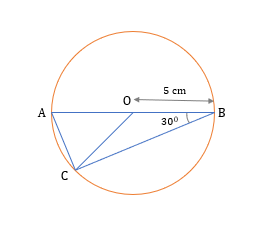 To find the length of the arc, we need the value of two variable, the center angle made by the arc and the radius.

On visualizing the diagram, the inscribed angle by the arc AC is ∠ABC, and the center angle by arc AC is ∠AOC.

Now, we know the central angle formed by the arc as well.

Thus, the correct answer is option B.

If you like this article here are a few more article related to geometry:

Take a free GMAT mock to understand your baseline score and start your GMAT prep with our free trial. We are the most reviewed online GMAT Prep company with 2160+ reviews on GMATClub