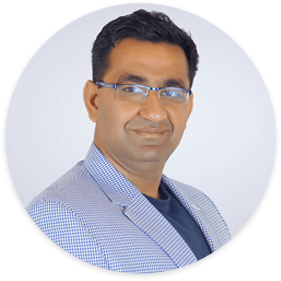 Studying for the GMAT while working full-time is hard. Scoring 730+ is much harder. Yet, for most students, we estimate that the incremental ROI of a 730+ GMAT score over a 700 GMAT score is  $500K+; the highest it has ever been.

In this article, we will discuss three compelling reasons why such is the case. Our goal is to motivate you to aim for a GMAT score of 730+, push harder, put in that additional 30-40 hours, and not settle for a score of 700 (because trust us, your mind will tell you to settle for less).

In addition, read the following article to learn how the students who scored 730+ on the GMAT, approached their GMAT preparation: What causes success on the GMAT?

If you settle for a GMAT score of 700, you will be losing out on half a million-dollar in ROI in the next few years post your MBA, as compared to a score of 730+.

Here is an outline of this article:
[hide]

Let’s start by analyzing why you must have a  higher GMAT score (730+) if you aim to get into one of the top 25 business schools.

One of the most important reasons that you must aim for a score of 730+ in your GMAT is because, in 2021, the business schools ‘require’ you to have a higher GMAT score.

How do we know that? Here’s how!

Have a look at the table below. The table depicts a comparison between the 2014 Vs. 2019 median GMAT score at some of the top business schools, such as Kellogg, MIT Sloan, Tuck, Columbia, and Berkeley Haas.

Similarly, other top business schools, such as MIT Sloan, Yale SOM, Columbia Business School, and Berkeley Haas, have all witnessed a significant rise in their median GMAT scores.

Note: The likes of Harvard Business School and Stanford GSB are not on our list. These business schools already had higher median GMAT scores, touching 730 in 2014. So, you can imagine how good GMAT score you need in 2021, to be considered for an admit to their MBA programs.

A 730+ GMAT score can not only help you get into your desired business school, it significantly improves your chances of securing scholarships too. Kickstart your GMAT preparation by Signing up for our Free Trial! Our AI-driven online pre-course has delivered 10x 700+ scores than the average GMATClub partner. For any queries, write to us at acethegmat@e-gmat.com.

To add to this statistical evidence, let’s have a look at anecdotal examples of some e-GMATers.

Nishant: Rejected with 690 to full fellowships with 740

Tuck and Smeal told him explicitly that while they liked his candidacy, they rejected his application because of his GMAT score.

With the motivation to improve his GMAT score, Nishant put in extra effort and took the GMAT again and scored a 740. With this score, Nishant a full fellowship from Ohio Fischer, even though he applied in the third round. Nishant also received an admission offer from Columbia Business School, which is ranked similar to the Tuck School of Business.

It is evident in Nishant’s case that a higher GMAT score made the impact.

You can also watch the following video to know more about how Nishant managed to bring about such a significant improvement in his GMAT score:

Learn from the best and most reviewed company on gmatclub. Start with signing up for a free trial and get access to 10+ hours of video lesseons and 400+ questions.

Prawee: from no interview invites to full fellowship

Prawee, like Nishant, applied to many business schools with a GMAT score of 680, but she did not receive any interview invites. However, during the same round of application, she retook the GMAT and improved her score to 740. Then, she sent her updated scores to all the business schools where she had already applied.

Within hours of sending her updates GMAT score of 740, she received interview invites from many business schools

The highlight of her journey was, with an improved GMAT score, she was admitted to Georgetown University McDonough School of Business with an $80K scholarship. She also received an offer from UCLA Anderson with a $40k scholarship and an admission offer from Kellogg.

Again, Prawee’s story goes to show the kind of impact a GMAT score of 730+ has on your chances of admission and scholarships.

You can read about Prawee’s complete journey here: Prawee’s journey from 680 to 740 on GMAT.

You can also watch the following video to know more about how Prawee managed to bring such a significant improvement in her GMAT score:

Krishna: From all rejects with 680 to multiple full fellowships with 720

With a GMAT score of 680, Krishna Kanth applied to many business schools in rounds 1 and 2. However, he got rejected by every single one of them. Then, he re-attempted the GMAT, and with an improved score of 720, applied in round 3s.

Now, after looking at the statistical and anecdotal data we presented above, we are sure that it is evident that you require a higher GMAT score to get into one of the top business schools.

Moving forward, we will analyze how a GMAT score of 730+ will improve your chances of receiving a merit-based scholarship.

Reason 2: A GMAT score of 730+ means a higher chance of scholarships

In 2019, the US business schools are expected to provide $350 million in merit-based scholarships.

e-GMAT has worked with more than 45,000 business school aspirants and helped them with their GMAT preparation as well as business school application. According to our estimates, more than 55 % of the $350 million set aside for merit-based scholarship goes to around six thousand students who score 730 or higher on their GMAT. This ratio amounts to an average of $40,000. Moreover, as per our estimates, students who score 710 or higher receive 80% of this total merit-based scholarship amount.

e-GMATers get $18 million worth of scholarships every year.

But one question still pertains here. How do business schools decide how to award scholarships?

In our experience, the scholarship amount depends on two factors:

Study shows, if you score 20 points higher than the median GMAT score of your desired business school, you have high chances of getting a good scholarship amount.

Also, your performance in the interview is going to influence the amount of scholarships you receive.

Let’s have a look at some anecdotal examples to get a clear picture.

To help cement the above statistical data, let’s have a look at examples of some e-GMATers who have secured great scholarships through their high GMAT scores:

Mansi had scored a 770 on her GMAT, and she received admission offers from Harvard, Stanford, Wharton, INSEAD, and Kellogg. Mansi received a scholarship amount of $90,000 from Harvard, and she is currently studying there.

You can watch the following video for insights on Mansi’s journey, and how she managed to secure a $90,000 in scholarship from Harvard:

Viktor also had a GMAT score of 770, and he received a full fellowship from Ross School of Business and UNC Kenan-Flagler Business School. He received an amount of $142,000 in the form of a tuition waiver.

Cong Bui scored a 760 on his GMAT. He did not just manage to receive a full fellowship from Ohio Fischer ($144,000), but he also received a monthly stipend of $1700. In a way, Cong Bui received money to study at Ohio Fischer.

Here are a few more examples of e-GMAT students who have received good scholarships due to their higher GMAT scores:

We believe, it is pretty evident that your chances of receiving a merit-based scholarship increase if you score a GMAT 730 or higher.

Moving ahead, we will see how a GMAT score of 730 or higher can yield close to half a million dollars more in ROI in the next few years post your MBA.

While just a high GMAT score will not get you an admit to a top B school, a low one can definitely keep you out (as seen earlier in this article). Therefore, the key reason that you should aim for a GMAT score of 730+ over 700 or 710 is that it significantly increases your chances of admit to a top business school.

On the other hand, if you settle for a GMAT score of 700, there is a much higher probability that you may end up in a tier-2 business school.  This distinction alone may lead to a loss of half a million dollars in ROI post your MBA.

Let’s have a look at an example to understand the scenario:

Taking a conservative estimate, assuming the median difference in the yearly compensation remains constant at $45,000, after ten years, the MIT Sloan graduate would have made approximately half-million dollars more than a Babson graduate.

Just this one difference provides a compelling reason to aim for 730, and not settle for a score of 700.

To sum it all up, here are our top three reasons why you should aim for a GMAT score of 730 or higher:

Here are the references used in this article:

A 730+ GMAT score can not only help you get into your desired business school, it significantly improves your chances of securing scholarships too. Kickstart your GMAT preparation by Signing up for our Free Trial! Our AI-driven online pre-course has delivered 10x 700+ scores than the average GMATClub partner. For any queries, write to us at acethegmat@e-gmat.com.