Stanford Graduate School of Business – situated in the heart of Silicon Valley, boasting of consistent rankings as one of the top 3 business schools, and serving as a launchpad for several successful entrepreneurs, is undoubtedly one of the most prestigious B-schools in the world.

With an acceptance rate of a mere 5.7% and a staggering yield rate of 89.1%, Stanford is renowned as the most selective business school in the world. Therefore, the admissions process becomes highly competitive for Stanford GSB. A number of parameters can make or break one’s chances of getting through a B-school, especially when we talk about Stanford, however, this article focusses on the first stepping stone i.e.the GMAT score.

The goal of this article is to help you narrow down a good GMAT score for Stanford MBA by analyzing different aspects of the data available from past applicants to this business school.

For those wanting to study at Stanford, it would be a good idea to take a thorough look at how to get into Stanford GSB

While a lot of parameters could be subjective, we will present an empirical analysis of current and past trends to figure out a good GMAT score for Stanford

Here’s what you will read next:

A 5-year GMAT score trend report helps us take a macroscopic view to understand the likelihood of an applicant being admitted to Stanford.  Mentioned below is a summary of the average GMAT scores of the incoming class of Stanford MBA from 2014 to 2018.

Consistently boasting of the highest average GMAT score of any full-time MBA program across the world, Stanford will most likely retain its reputation in the coming years as well. 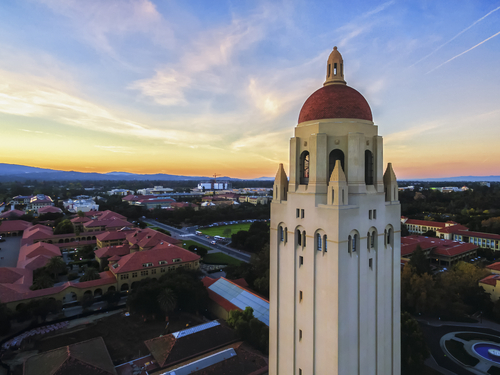 We usually follow a simple process to approximate a safe score for being able to get an admission call from some of the top B-schools in the world.

According to this process, 750+ would seem like a good score for Stanford (adding 20 points to the latest batch average GMAT). However, with Stanford being extremely stringent in admitting students having one of the lowest acceptance rates of all business schools, we cannot jump to a conclusion based on this information.

Stanford’s admission process is so rigorous that if all parts of your application do not stand out, then even an extraordinarily high GMAT score won’t help you much.

How to decide on a GMAT score for Stanford?

Now instead of just looking at macroscopic data, let’s move closer to understanding how the whole admission process worked for the class of 2021. For this purpose, we will be considering data of actual students who got an interview call and those who were finally selected at Stanford.

To figure out a good GMAT score for Stanford, let’s take a closer look at some raw data secured from the decision tracker page on gmatclub. This data has been collated for candidates who have applied for admission to Stanford full-time MBA class of 2021. 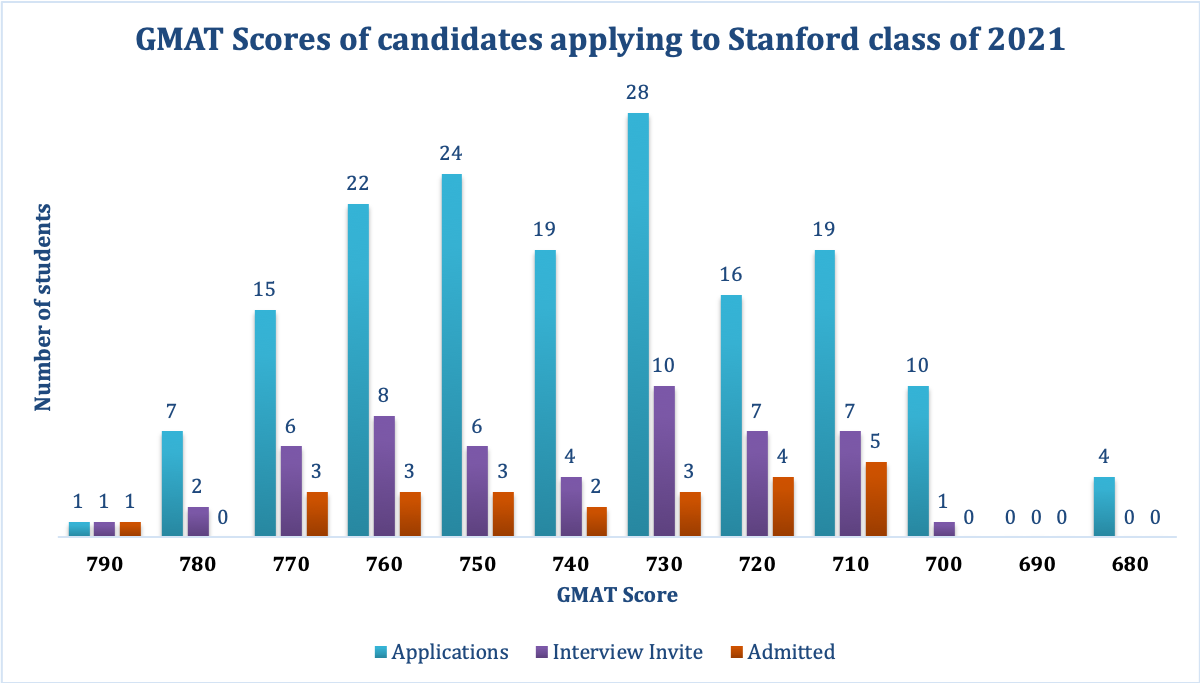 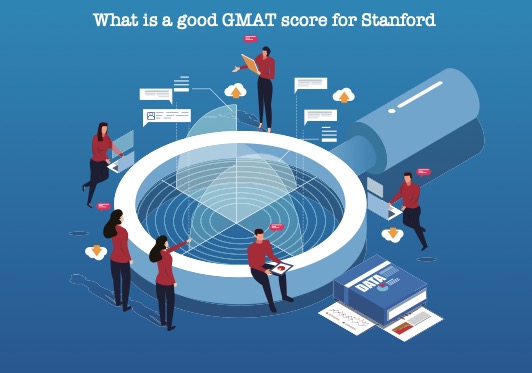 With a high yield ratio of approximately 90%, the movement in the admit list of Stanford is quite low. Here’s a list of waitlisted candidates and their scores:

No candidate below a score of 700 was waitlisted. From the data available to us, only 1 out of the waitlisted candidates got the final admit with a GMAT score of 770 and an Investment Banking profile.

What is a good GMAT score for Stanford GSB? 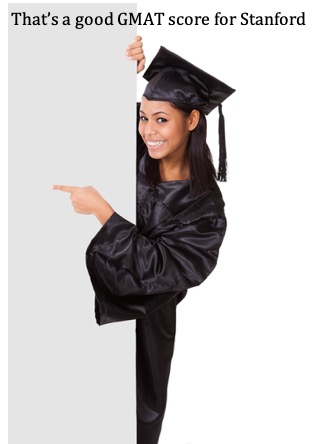 To get an admission in one of the world’s most recognized and coveted B-schools can certainly not be a cakewalk. It takes a brilliant profile, stellar recommendations clubbed with an exceptional GMAT score to be noticed by the admissions committee at Stanford.

While a score of 710 combined with a great track record and impressive interview could lead you to the gates of Stanford, we recommend aiming for a score of 750 or higher considering high average GMAT scores and a very low acceptance rate.  We cannot forget that for the Stanford MBA class of 2020, only 3 candidates with a score of 710 got an interview invite.

In any case, remember to focus comprehensively on admissions to this ultra-selective B-school.

What is a good GMAT score for Indians applying to Stanford?

The Indian candidate pool is over-represented in terms of applications to most top B-schools.  Let’s see how the Indian diaspora fairs when it comes to admissions to Stanford.

Here’s a list of GMAT scores of Indian candidates who applied to Stanford for admission to the incoming class of 2021. 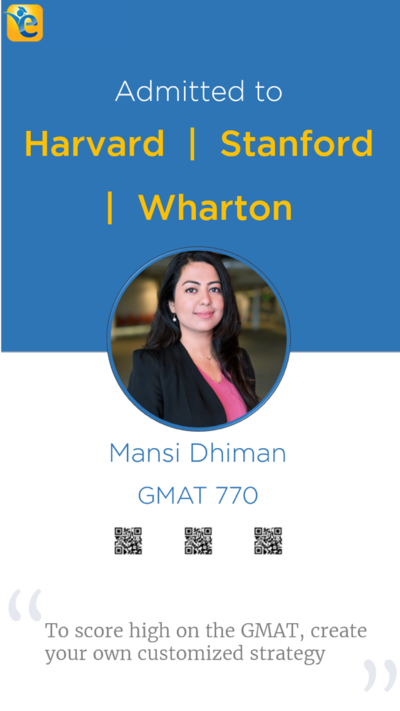 Considering the highly competitive pool of Indian candidates, we suggest aiming for a score of 760 or above to be able to increase the chances of getting an interview invite from Stanford. If complemented with a brilliant profile and a perfect application, a score above 740 can help an Indian candidate make the cut for the interview.

Therefore, with so much competition in the Indian applicant pool, a good GMAT score for Indians applying to Stanford should be at least 760.

What are your thoughts on our analysis? Is there something we can add to make this article on ‘What is a good GMAT score for Stanford GSB’ better? Let us know your thoughts.