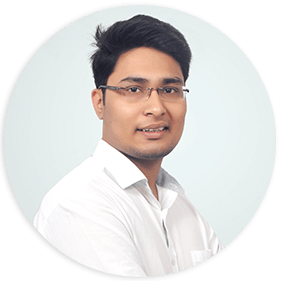 Ancient mathematicians introduced the concept of lines to represent straight objects which had negligible width and depth. Considered as a breadth less length by Euclid, lines form the basis of Euclidean geometry.

When two rays (part of a straight line) intersect each other in the same plane, they form an angle. The point of intersection is called a vertex.

A line does not have any endpoints. It has an infinite length.

Definition of a Line Segment

For example, The diagram shows a line L and one segment of this line is AB.

In a plane, there can be many lines or line segments.

And, these lines can be divided into a few types based on the relative positioning of a line with another line.

Two lines are intersecting lines if they meet each other at a common point.

For example, L1 and L2 are intersecting lines in the below diagram

A pair of lines are parallel if they never intersect.

For example, L1, L2, and L3 are parallel lines in the below diagram.

For example, Line L3 is the transversal line in the below diagram.

Next, we take a look at angles and their properties.

Scoring a Q50-51 on the GMAT helps you get a 700+ GMAT score. Start your journey of getting a Q50-51 on the GMAT with e-GMAT’s AI-driven online preparation course. Our xPERT not only curates the most optimized learning path but also tracks your improvement, ensuring that you get to your target Quant score quickly and reliably. Watch this video to know more:

An angle is formed when two lines intersect each other. We represent an angle by the symbol ∠.

An angle involves two legs and one common vertex at which two lines meet.

For example, ∠AOD is formed when lines AB and CD intersect with each other.

Also, ∠AOD is formed between the leg AO and OD, so we include A, O, and D while naming the angle.

Measurement of an Angle

The angle is measured in degrees.

An angle can measure from zero (0) degrees to 360 degrees. Based on the measurement of an angle, they are divided into four types:

When the measurement of the angle is between 0 degrees and 90 degrees.

When the measurement of the angle is exactly 90 degree.

When the measurement of the angle is between 90 degrees and 180 degrees.

A straight line has an angle of 180 degrees.

When the measurement of the angle is between 180 degrees and 360 degrees.

We have discussed the basic type of angles.

Let us now discuss the angles formed when two lines intersect each other.

If you are planning to take the GMAT, we can give you access to quality online content to prepare. We are the most reviewed GMAT prep company on gmatclub with more than 2200+ reviews, as of 4th October 2021.

When two lines intersect each other, then 4 angles are formed.

Let us now discuss the angles formed when two lines are intersected by a third line i.e. a transversal line.

Angles formed by a transversal line

When a transversal line intersects two lines, then eight angles are formed as shown.

Now, there are several special pairs of angles that are obtained from this diagram.

Similarly, we get several other types of angles. Let us discuss them.

Other types of Angles

Interior angles are the ones that are present inside the region between two lines.

Two angles are said to be corresponding angles if they lie on the same side of the transversal line such that:

So, we have discussed all the type of angles.

Let us now learn about a few properties of angles.

Sum of angles on one side of a straight line

The sum of all the angles on one side of a straight line is always 180 degrees.

Sum of angles around a point

The sum of all the angles around a point is always 360 degrees.

If you liked this article, here are a few more articles that you may like:

Application of Lines and Angles Properties in Questions

In the diagram given above, the line CD is parallel to line EF. If ∠AHD and ∠JIE are 118° and 30° respectively, then what is the measure of angle GIB?

We need to find the measure of angle GIB.

Hence, the correct answer is option B.

In the diagram given above, angle DFE and angle BFC are represented by X and Y respectively. If ∠AFC = 100° and ∠BFE = 45°then what is the value of Y-X?

Thus, the correct answer is option B.

If you are planning to take the GMAT, we can give you access to quality online content to prepare. We are the most reviewed GMAT prep company on gmatclub with more than 2200+ reviews, as of 4th October 2021.