Committed to building a better world through business, Michigan Ross is one of the most acclaimed B-schools across the globe.  University of Michigan’s Ross School of Business strives to produce leaders, researchers and lifelong learners creating innovative solutions to the world’s most complex business challenges.

Consistently ranking amongst the top B-schools in the world, the Univesity of Michigan Ross acceptance rate is 25.3%, which means only a quarter of candidates applying to Michigan Ross are finally able to secure an admit offer. 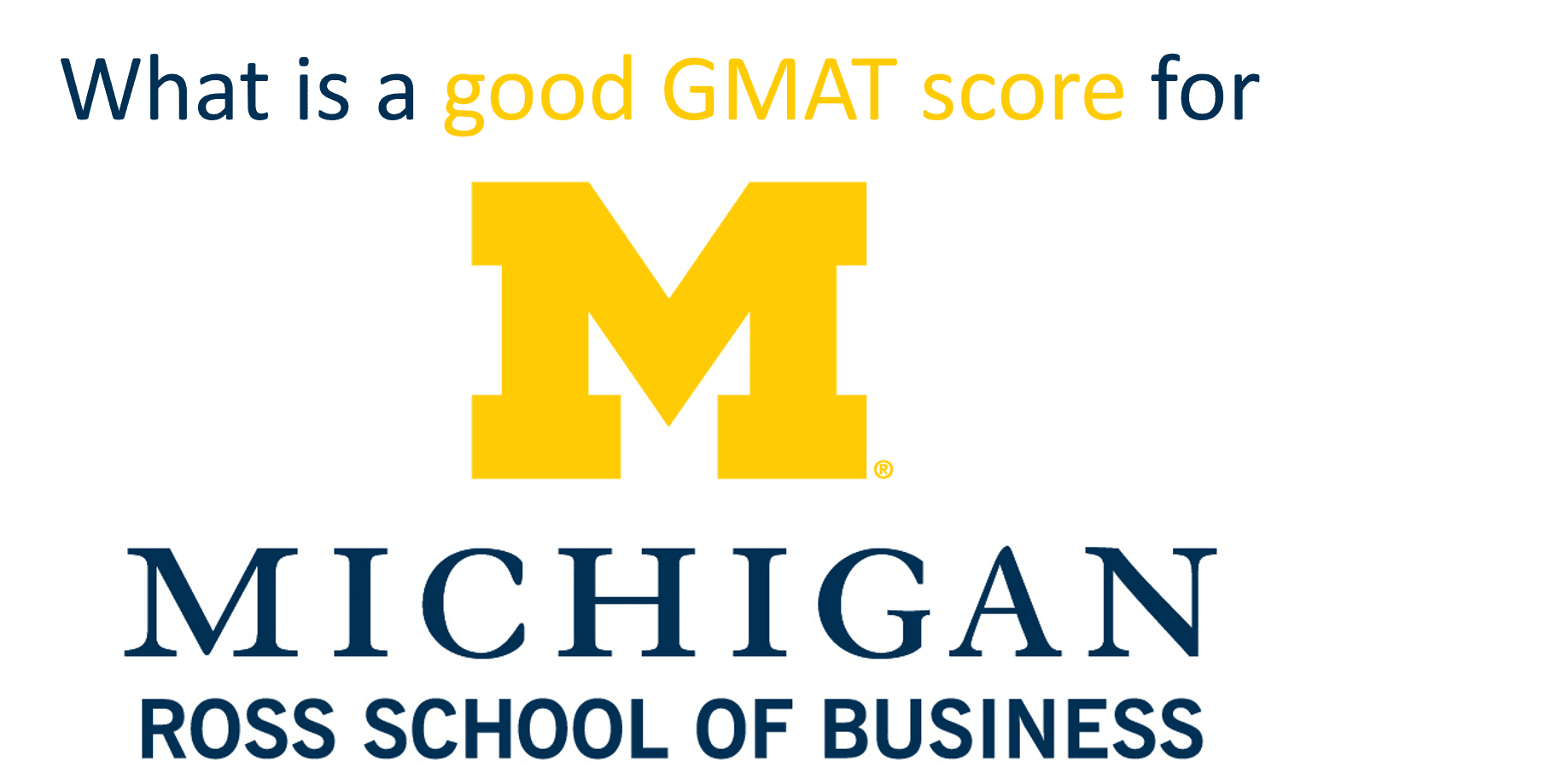 If you plan to apply to Michigan Ross, GMAT score is one of the first aspects of your application that you must perfect. This is what most MBA admissions committees use as a filtering criterion and hence GMAT scores have a high weightage in the entire application process.

We present to you an extensive study of the latest trends and data available from recent applicants to figure out a good GMAT score for Michigan Ross.

Here’s what you will read next:

It always helps to look at the trend-report of the average GMAT scores at any B-school to get an initial overview.

Here is a 5-year report of the average scores of the incoming classes at Michigan Ross from the year 2014 to 2018.

From 702 in 2014 to 720 in 2018, Michigan Ross has witnessed a noteworthy rise in the average GMAT scores of its incoming class. This upward trend tells us that the average scores of incoming batches can rise even further in the coming years

In order to arrive at a good GMAT score for making it to some of the top B-schools in the world, we refer to a simple 5-step process.

The process suggests adding 20 points to the average GMAT score of the latest batch. According to this, a good score for Michigan Ross would be 740 or more.

For those applying to other top B-schools, here’s the 5-year GMAT score trend report of 50 top US and European business schools

However, since the above method is a high-level of approximation, we will want to look at some more data to verify our approximation and to get some new interesting data points which can help answer our question “what is a good GMAT score for Michigan Ross?”

We will answer this question by looking at the GMAT scores of actual students who were invited for an interview and candidates who finally made it to Michigan Ross.

How to decide a good GMAT score: Methodology

The GMATClub Ross Michigan decision tracker page will be our source of reference for this article. Candidates who applied to Michigan Ross for the incoming class of 2021 have updated their status here. 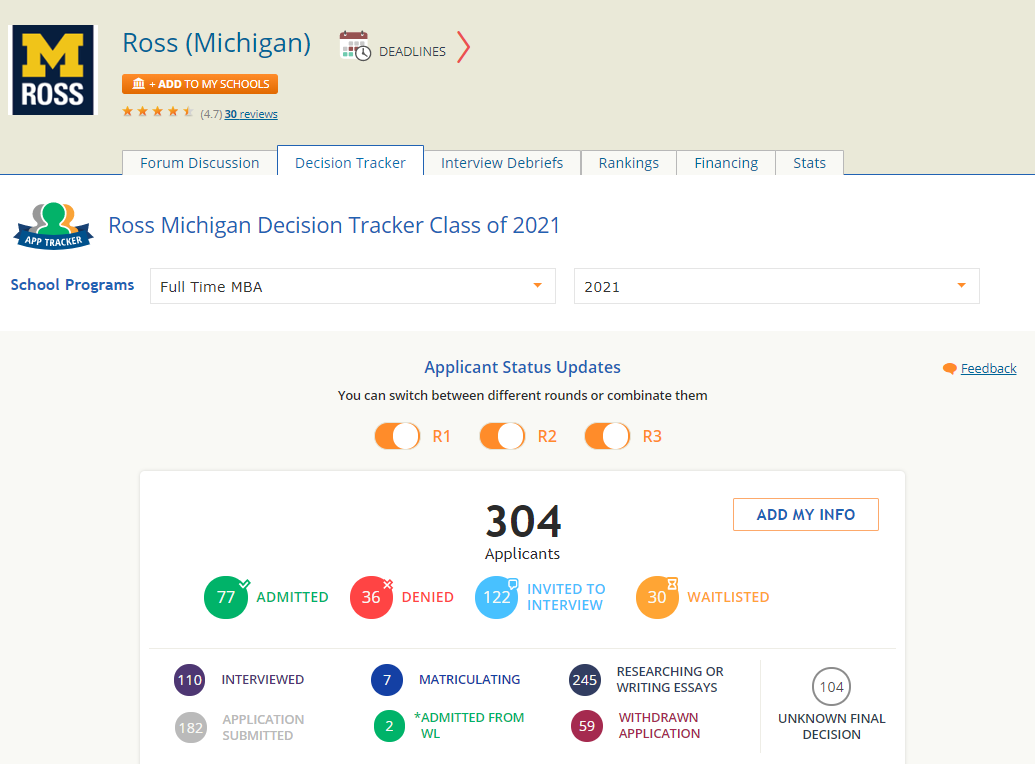 We have categorized the applicants by their GMAT scores and will analyze how many applicants in each group secured an interview invite and how many of those finally received an admit. 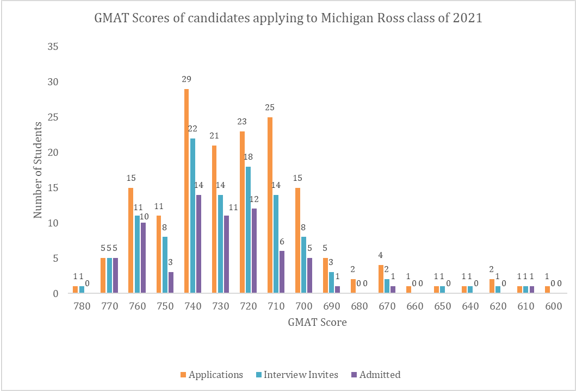 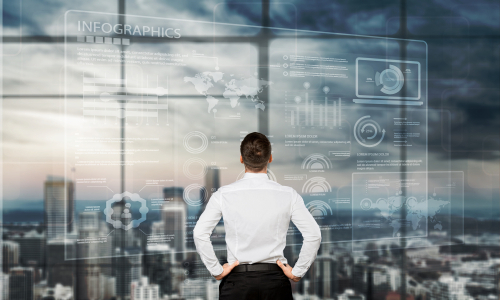 The above observations suggest that a score in the range of 720 to 760 is a good GMAT score for Michigan Ross. With an invite rate more than 70% and a significantly high conversion rate for most scores, a score in this range is quite promising.  Once you score in this range, you need to start preparing well for all other aspects of your application. Your profile can also be a make-or-break factor during the selection process.

Here are  10 ways to boost your MBA profile

The scope of this article also encompasses a quick look at the scores of waitlisted candidates.  Let’s see if higher GMAT scores had a role to play here:

What is a good GMAT score for Michigan Ross 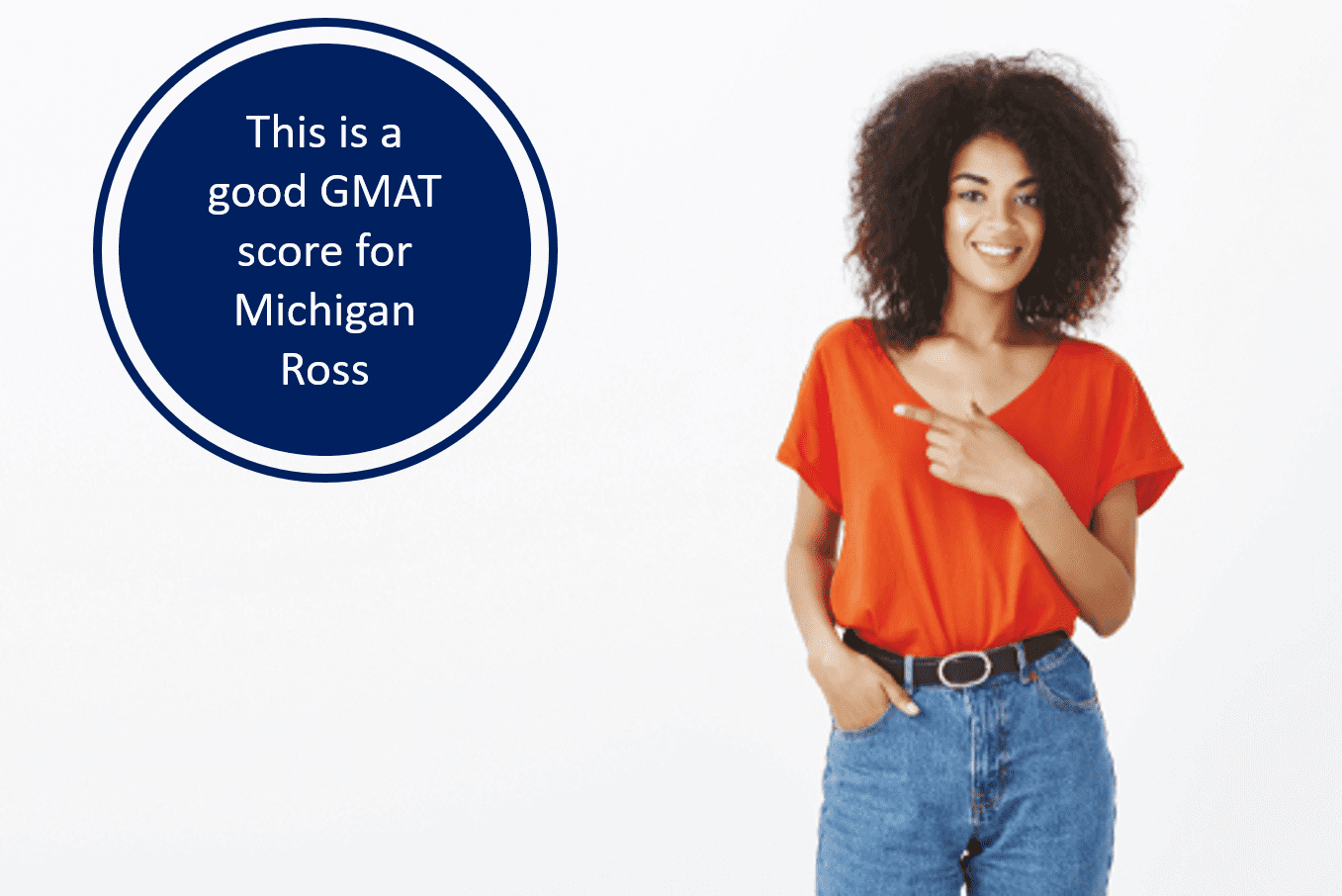 Our analysis confirms our approximate guess of 740+ to be a good score for Michigan Ross. This score can help you get your foot in the door and then it is up to you to make the most out of this opportunity. This said, once you score above 720, you should start taking the application process seriously if Michigan Ross is in your radar. 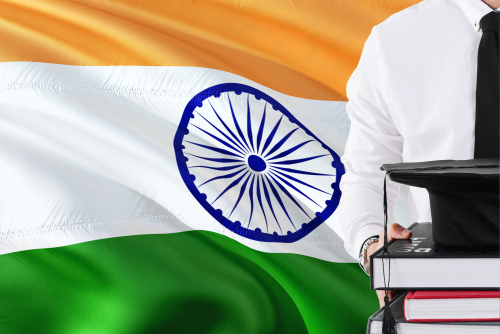 No Indian below a score of 720 was admitted while 5 candidates with a score of 760 received an offer of admission at Michigan Ross.

As is evident, the recommended good GMAT score for Indians applying to Michigan Ross is 760.

3 thoughts on “What is a good GMAT score for Michigan Ross?”