“Desire is the key to motivation, but it’s determination and commitment to an unrelenting pursuit of your goal – a commitment to excellence – that will enable you to attain the success you seek.” – Mario Andretti

After scoring a disheartening 670 in his first GMAT attempt, Victor improved his GMAT score by 100-points to improve to a 770 GMAT score in the 4th attempt. He credits his GMAT success to following a structured approach and sticking to the basics.

In this article, Victor shares his journey of taking the GMAT and how he persisted through all odds to break the 700+ GMAT score barrier.

Rajat: Congratulations on scoring a 770 GMAT score and receiving admits from Michigan Ross and Wharton! How does it feel?

It feels incredible, and I could not be happier. When I started my GMAT journey, my target was to score above 700 and get into any European business school. Surprisingly, I had missed the call from Wharton about my acceptance. And this made me think that I did not get an admit. However, I received an email from the admission officer about my acceptance into the MBA program at Wharton, and I was overjoyed.

Read more about Wharton’s class profile and employment reports in this article.

It would be remiss to not thank e-GMAT for making this possible. My initial plans were very different as compared to the path that I am pursuing now. And it was e-GMAT that showed me that it was possible to go beyond your plans and achieve a 99+ percentile GMAT score.

If you want to try out the e-GMAT course that helped Victor make the jump of 100 points from 670 to 770, sign up for our Free Trial. We can also help you with a personalized study plan and give you access to quality online content to prepare. Write to us at acethegmat@e-gmat.com. We are the most reviewed GMAT prep company on gmatclub with more than 2000 reviews.

Rajat: How did you start with your GMAT preparation? And how was your first GMAT attempt?

Research about an MBA and Introduction to the GMAT

Before I started my research about pursuing an MBA I had no idea about the GMAT. After some research about business schools in Europe, I concluded that a 700+ score on the GMAT would be good for me. This was when I started to learn more about the GMAT. My initial thoughts about GMAT were that it is a test of English and Maths. Being an engineer, I thought I could handle the math part of the test, and my grammar was fairly good.

Self-Study and the First Attempt

Thus, I decided that I would do self-study for the test. I used various resources from the internet such as YouTube videos etc. My decision was further bolstered by the fact that I scored a 710 in a mock test that I attempted. And my other mock test scores were between the 660-710 range.

With this preparation, I went into my first attempt. I ended up scoring a GMAT 670 with a Q49 and a V31. Frankly, I was disappointed since this wasn’t a 700+ score that I was aiming to achieve. However, after a while, I realized that this was just my first attempt and giving up so easily would not be the right thing to do. Moreover, I had 4 more attempts at the GMAT that I could utilize to improve my score.

If you are just starting with your GMAT preparation, then use our personalized study planner (PSP) tool to create your own GMAT study plan in less than 5 minutes.

Rajat: How did you come across e-GMAT?

After I had decided to retake the GMAT, I was looking for preparation resources that could help me break the 700+ score barrier. This was when I came across e-GMAT. Given that e-GMAT was the most highly reviewed online GMAT preparation course attracted me further. Notably, these reviews were by non-native English speakers, which I could relate to more than others.

Thus, after going through some of the free resources, I purchased the GMAT Online course from e-GMAT. I must say it was really helpful as I could see my score improvement. Earlier scoring above a V40 was like a dream for me. However, after using e-GMAT for my preparation, I was able to score above V40 in my mock tests, and that boosted my confidence going into my 2nd GMAT attempt.

Rajat: How was your second GMAT attempt and what went wrong?

Thinking that I did not need to prepare for Quant again, I focused my preparation on the verbal portion of the test. In my second attempt, I ended up scoring a GMAT 690 with a Q44 and a V40. And I had failed to achieve a 700+ score. However, I think of this attempt as a blessing in disguise. As if I had scored similarly in Quant as my first attempt I would have ended up with a 720-730 GMAT score.

Gearing up for a 3rd GMAT attempt

And in this case, I would not have put in the effort which helped me in scoring a GMAT 770.  Thus, I decided to prepare for a third attempt and went through the e-GMAT course several times. With the efforts that I had put in, I could see my score improving further.

Rajat: How was your 3rd GMAT test experience? And what was your motivation going into your 4th GMAT test attempt?

For my 3rd GMAT attempt, I had booked an early morning 5 AM test slot. However, when I reached the test center, there were a lot of technical issues. I was asked to while the administrator resolved the problems and since I had taken the day off from work, I agreed to wait.

Tiredness and Exhaustion led to a decreased Verbal score

It was almost 7 PM when I started the test and by that time I was exhausted. Because of my tiredness, I could not focus on using the meaning based approach that is used by e-GMAT. And due to this, my Verbal score decreased to a V38. In the end, I scored a 730. However, I knew I could score way better in normal testing conditions.

The final attempt and achieving a 770 GMAT score

Within a couple of days of my 3rd attempt, I booked a slot for my 4th attempt keeping a month in hand for preparation. I felt I was doing e-GMAT and myself a disservice if I did not give it another try. I remember I had scored a 780 in a mock test before my 3rd attempt. This motivated me further to give my best in this attempt.

Take a look at Prawee’s Success Story who scored a 740 in her fifth attempt and received admit from 4 business schools including Kellogg and cumulative scholarships worth $180,000

What are some of your favorite aspects of the e-GMAT course?

Firstly, the structured nature of the course content and the focus on basics was one of my favorite aspects of the e-GMAT course. This helped me in developing the skills required to hit my target GMAT score.

Understanding what the GMAT is all about

The e-GMAT course was crucial in helping me understand what the GMAT is all about. It gave me clarity on the exact skills and concepts that are being tested in the GMAT. My approach to test-taking was very different before and after taking the e-GMAT course.

I would recommend anyone taking the GMAT to focus on the meaning. Even before you start eliminating answer options by looking at their grammar, the meaning-based approach gives a lot of clarity about what the right answer choice should contain.

Rajat: let’s talk about your business school applications. How did you go about the application process? 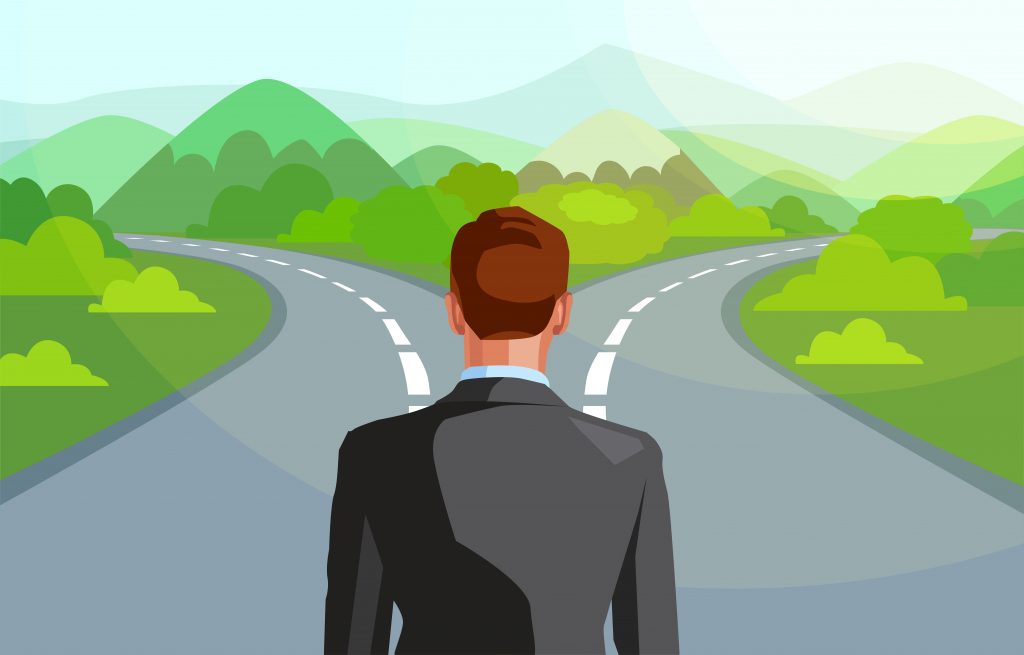 The helpful videos provided at each step in ApplicantLab guided me through the business school application process.

Rajat: Walk me through your thought process of deciding between Michigan Ross and Wharton.

Before e-GMAT I never thought that it would be possible to get admitted to business schools such as Wharton or Ross. But e-GMAT taught me not to underestimate myself. I am grateful to have been accepted into these 2 excellent programs. However, at this point in time, I am leaning towards Wharton as it has a bigger brand internationally.

Differences between Ross and Wharton

Wharton is a much larger school than Ross. The Wharton MBA class is about 3 times the size of Ross’s MBA class. However, Wharton is known for its strong finance reputation. Similarly, Ross has a great reputation for the supply chain. E.g., Amazon hires more Ross graduates than Wharton graduates.

In terms of recruitment, the companies that recruit from their campuses are very similar. However, in terms of the environment, Wharton has a much more cosmopolitan environment than Ross.

Things that you should evaluate during the decision-making process

You should assess the following 3 things while making your decision about business school:

Business school professors will form a core part of your MBA experience. Outside of class, the activities/events organized by business school club will help you with networking and getting access to experts in your chosen post-MBA career field.

Since you are an international student and intend to work in the US post your MBA you should figure out the international recruitment dynamic at both the schools.

Victor: Thank you Rajat for your advice. I will surely do more research about the schools in the above areas.

We hope that Victor’s GMAT journey serves as both motivation and inspiration to aspire to higher goals. In case of any questions, please write to us at acethegmat@e-gmat.com