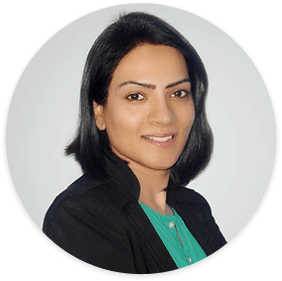 SC73561.01 – Chinese public buildings erected under a construction code of the Sung dynasty have withstood earthquakes well because the white cedar used has four times the tensile strength of steel and the timber frame, incorporating many joints and few nails, is flexible.

A building requires strong materials to remain durable. Similarly, a sentence needs a solid grammatical structure to express the logical meaning. Solving this official sentence requires a keen inspection of various grammatical structures and what meaning they convey in every answer choice. So, let’s get to work.

Get the Foundation Right

This sentence talks about those Chinese buildings that were built under the construction code of the Sung dynasty. The remarkable thing about these buildings is that they have nicely resisted the onslaught of earthquakes. The sentence then presents reasons behind this “feat.” These buildings have been built with:

Wow. So smart. With these materials, the buildings can certainly withstand an earthquake. Modern architectures should pick up some tips from this sentence.

Like the super-smart Sung Dynasty architects, the architect of this sentence has also carefully chosen every block to build this sentence. Every building block in this sentence is perfect, be it the SV pairs, the comparison, parallelism, or modifiers.

The author has beautifully laid down “because” only before the first reason. The word becomes applicable to the second reason as well. The comparison is so neat. The sentence clearly says that white cedar has four times the tensile strength of steel. The modifier “incorporating many…” is beautifully framed between two commas and clearly modifies the preceding noun “the timber frame.” We are looking at a judiciously crafted sentence that presents the intended meaning beautifully.

This choice looks pristine and attracts maximum buyers. But it suffers from a fatal flaw. We can only perceive this flaw when we plug this answer choice in the sentence and study the structure.

Can you see how the bottom part of the sentence has changed completely? Who/What has caused this change? That little comma before the conjunction “and” is causing a crack in the logical foundation.

The comma before “and” changes the core structure of the sentence. What follows comma + “and” is now an independent clause and is NOT the second reason why Chinese buildings resist earthquakes anymore. So, this choice presents only ONE reason for withstanding earthquakes, not two as mentioned in the original sentence. Although the grammatical structures are sound here, they fail to support the logic of the original sentence. Therefore, this choice violates the code of logical construction.

Let’s take a quick look at all answer choices to see how others violate this code of logical construction.

This choice has a faulty building block. We cannot have an SV pair after a preposition.

Deja vu. We have seen the same errors in Choice D.

Want more practice in questions that meddle with structures and logic? Try your hand at this question to understand how some structural changes totally alter the intended meaning.

Hope this helps. 😊
Thanks.
Shraddha