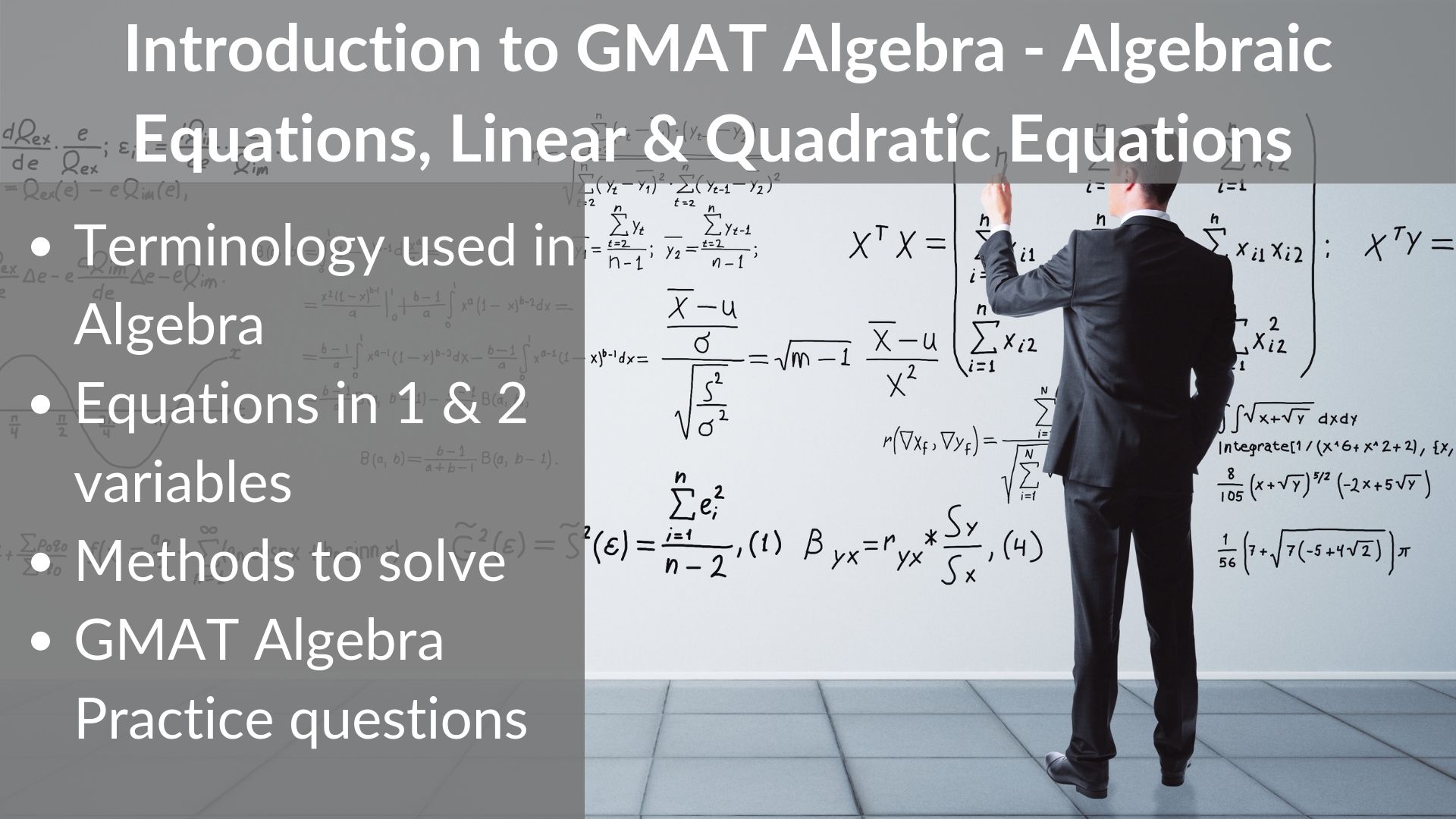 The word Algebra was derived from the Arabic word “al-jabr” meaning “reunion of broken parts”.  In algebra, arithmetic computations are carried out with letters standing for numbers. Many students find algebra difficult and through this article, we aim to demystify GMAT Algebra and how you can solve GMAT Algebra questions with ease. 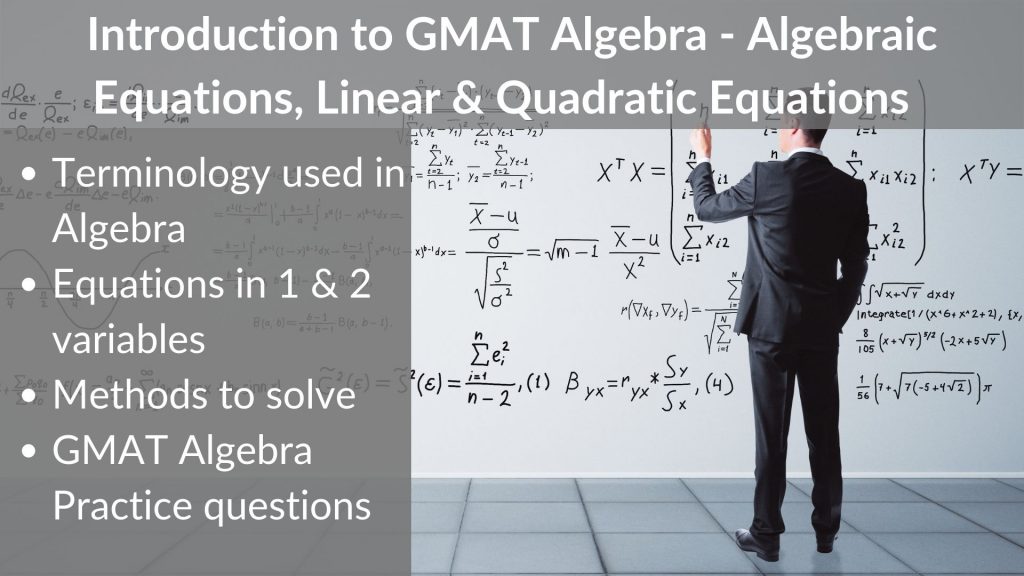 An algebraic expression is made up of:

Terminologies used in an algebraic expression 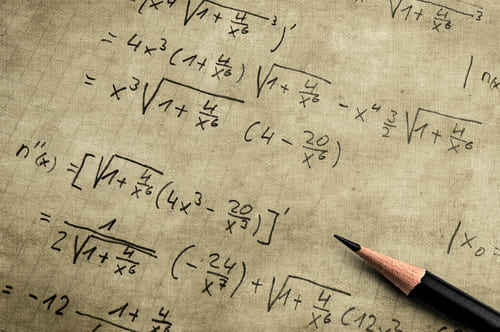 x and y are variables in the equation 9x + 4y + 2 as their value is not defined.

4. Coefficient of a variable

In algebra, the highest power of the variable is known as the degree of the expression.

When an expression is equal to a constant/ another expression then an equation is obtained.

For example: 5x and 3x + 4 are two different expressions.

The solution of an equation 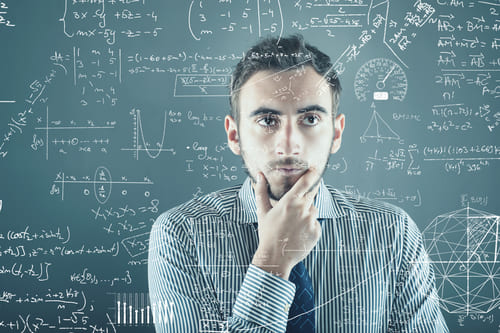 Algebraic equations of degree one are called linear equations.

The most common linear equation involves either one variable or two variables.

Let us learn how to solve both types of linear equations.

Linear equation in one variable

The standard form of linear equation in one variable is ax + b = 0 where a ≠ 0.

Solving a Linear equation in one variable

To solve a linear equation of one variable:

That is how we can easily solve the linear equations in one variable.

To solve linear equation in two variables, we need two distinct equations to find the value of both the variables.

Let us understand how we can solve these types of equations.

Linear equation in two variables can be solved by two methods:

As the name suggests, in this method:

That is how we use the substitution method.

In this method, we first eliminate one of the variables by using algebraic manipulation such as addition, subtraction, multiplication, etc to get the equation in one variable form.

Let us take the example of

and solve it by the elimination method.

We can eliminate either x or y.

That is how we use the substitution method.

So, we have learnt how to solve linear equations in one variable and two variables.

Root of a quadratic equation

A quadratic equation can have a maximum of two real roots.

We can find the roots of a quadratic equation by two methods:

Step 1)- We need to take two numbers such that their sum/difference is b and product is ac.

Step 2)- Write the middle term as the sum or difference of the two numbers.

So, this complete process is the factor method.

Both the terms cannot be 0 because x + 3 is definitely greater than x + 1.

This is the complete process of factoring method. 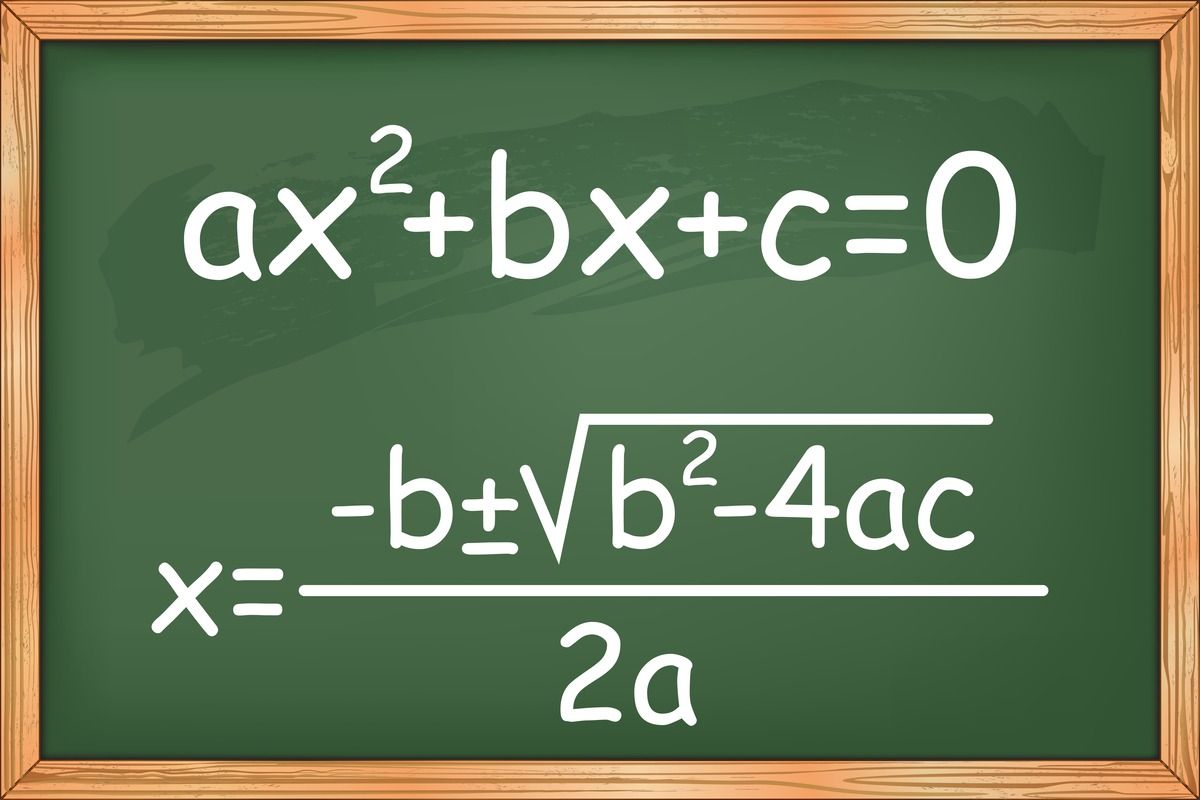 The root of any quadratic equation can be easily obtained by applying the formula:

For example: Let us try finding the roots of the equation x² + 4x +3 by using the quadratic formula.

If you like this article, do check out our other articles on GMAT Quant Topics: 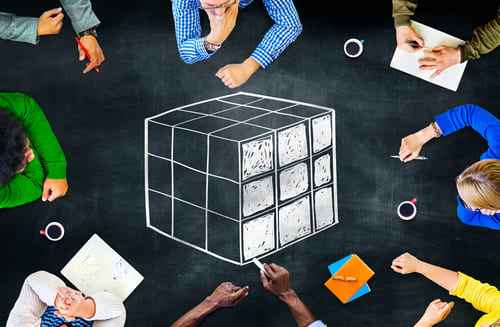 We are given two linear equations:

If you are planning to take the GMAT, we can help you with a personalized study plan and give you access to quality online content to prepare. Please write to us at acethegmat@e-gmat.com. We are the most reviewed GMAT prep company on GMAT club with more than 2200 reviews and are the only prep company that has delivered more than 700+ scores than any other GMAT club partner. Why don’t you take a free trial and judge for yourself?