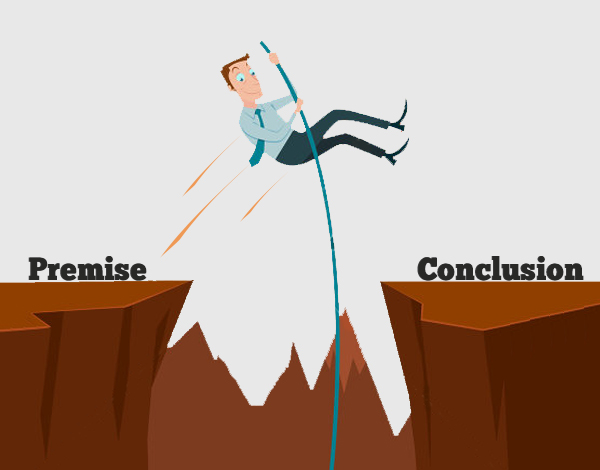 Typically, in assumption arguments (and other related category arguments – strengthen, weaken, etc.), the author of the argument gives information about one thing in the premise(s) but ends up deducing about another thing in the conclusion. In essence, he makes a logical jump. This is the jump that you need to identify, as the correct assumption is very likely to address this jump, linking the two elements – the one in the premise(s) with the one in the conclusion. The reason behind this is simple – an assumption is a piece of new information that is a must for the conclusion to be valid, and so unless a link is established between the two elements, the author’s argument makes no sense.

Accordingly, in the current argument, if you notice, the premise talks about a dip in the market share while the conclusion talks about a dip in actual numbers. You need to identify and understand this link in order to arrive at a correct assumption made by the report’s author. 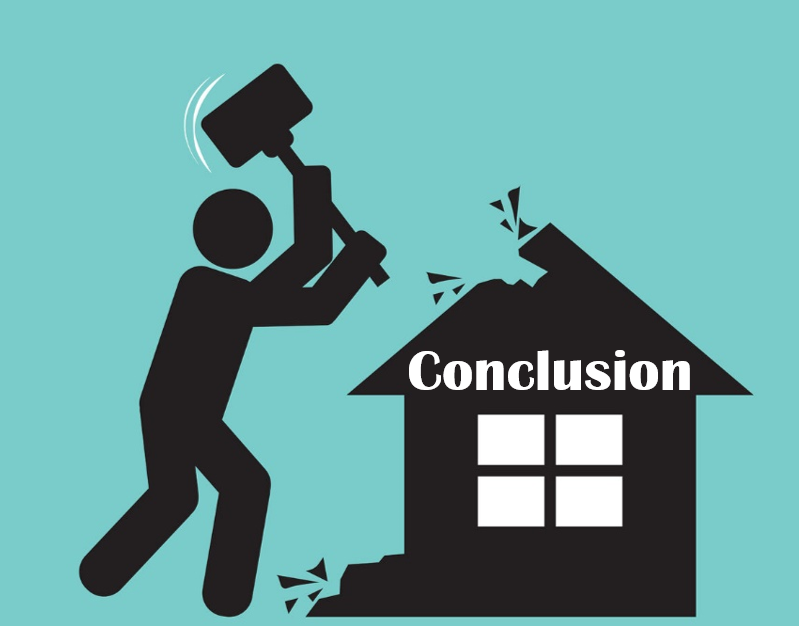 Breaking the conclusion will soon become a personal favorite if you enjoy playing the part of a devil’s advocate. All that you need to do here is to think of the scenarios under which the conclusion will no longer be valid. Now, you may ask why are we thinking of such scenarios when the assumption actually makes it possible for the argument to be valid. The answer to that question is that you are essentially arriving at the assumption in a reverse fashion. You first think of such a situation under which the conclusion is shattered and then negate the possibility of this situation. When you do so, you arrive at the correct assumption since you have negated a situation that could shatter the conclusion – this is the job of an assumption.

Accordingly, in the given argument, one could say that what if more iPhones were sold in 2013 despite the lower market share the company had in the year? For example, what if the whole market experienced a significant boom in the number of smartphones sold in 2013? In that situation, it is possible that despite a comparatively lower share, the company sold more phones since the total number of smartphones sold in the market increased significantly. Your assumption now will be that this situation did not exist.

Now that you are equipped with the above knowledge, we can come to the why part – why do you need to spend time prethinking assumptions? The proof is in the pudding. Take a look at the three options below and determine the correct assumption for the argument:

Because you did all that work in the prethinking, the correct choice must have jumped at you. Didn’t it? Through the logical jump analysis, you know that we need to find a link between the market share and the actual numbers. Which choice addresses that? Through the breaking the conclusion route, you know that the correct choice will negate a situation in which even with a dip in the market share the number of iPhones sold could have increased. Which choice does that? It is indeed Choice B. Marking this answer would have taken you less than 15 seconds. That’s what prethinking does. It equips you with the correct arsenal to attack the answer choices and come out a winner every single time and that too in the shortest possible time!

Now, even though you know what the correct answer is, you must know why the other choices are incorrect. Accordingly let’s take a look at Choice C. At first glance, this choice may seem like a good contender, as it supports the conclusion by telling us that since the relevant market size didn’t change, a dip in the market share would have meant a dip in the number of phones sold by the company. However, is this statement really required for the conclusion to hold?  Now you may be tempted to say Yes here if you don’t pay attention to one of the prime qualities of any assumption – that it has to be a must be true condition. In order to understand whether Choice C fulfils the criterion, try to negate it – if the conclusion is broken by the negated version of Choice C, then Choice C is an assumption; otherwise, it is not. By negating it, we arrive at this statement: The number of smartphones sold in 2012 and 2013 did NOT remain the same. What does this statement really tell us? Do we know that the number of smartphones sold increased or decreased in 2013? Nope – we can’t say anything at all.  Even if we take it for granted (for the sake of a discussion) that it increased, do we know that the increase was significant enough that despite a dip in the market share, the company could have sold more phones? So, you see, we can’t really determine what impact this negated statement has on the conclusion. The key-thing here is that the assumption has to be precisely worded or it fails to be a must be true statement (and hence its negation doesn’t break the conclusion).

Moving to Choice A – it is out as it talks about ruling out a cause behind the estimated decline in the number of iPhones sold. The report’s author does not comment at all on what could have caused the decline and hence it is completely irrelevant.