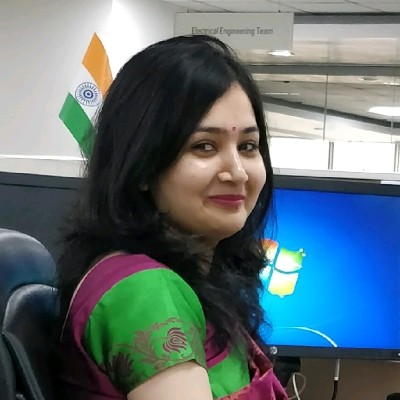 In this article, we’ll look at the solution to this Official Guide (OG) question CR70870.01 – “Some theorists and critics insist that…” on Critical Reasoning:

Some theorists and critics insist that no aesthetic evaluation of a work of art is sound if it is based even in part on data about the cultural background of the artist. This opinion is clearly false. The only sound aesthetic evaluations of artists’ works are those that take into account factors such as the era and the place of the artists’ births, their upbringing and education, and the values of their societies—in sum, those factors that are part of their cultural background.

The above argument is most vulnerable to which of the following objections?

Hi Student, is your head still spinning after trying this question? Mine is.

This is one of those rare OG questions in which students with a good vocabulary definitely have an advantage. So, if you are not one of them, let me start by saying – Relax! Even though enhancing your vocabulary is always a good thing to do,  you don’t need to cram an entire dictionary of definitions into your head in order to score well on the GMAT.

This question does not test just your vocabulary but also tests your ability to understand answer choices. You can actually ask three of your friends to sit with a dictionary and solve the question. I am sure that you will get a variety of interpretations of the very same answer choices. So, any advantage that one may have because of the good vocabulary gets nullified if the student is not able to comprehend what the passage and answer choices intend to convey. Hence, try to learn something from this question instead of getting scared of it and trust your CR skills. What I can assure you of is that you will get valuable takeaways from it.

So, let’s get started.

Let’s start by understanding the meaning of the not so common words that have been used in the passage:

Fun fact- “equi” means equal, and “voc” means voice in Latin. So, things that are equivocal are confusing because equal voice has been given, and thus they are ambiguous.

You may be aware of some or all or none of these words. Accordingly, you would have found it difficult to understand this question. However, now that you know the meaning of these terms try solving this question again.

Also, take note of these words. Next time you see them, you will know what these words mean.

Let’s now understand what the flaw in this argument is.

The Flaw In Simple Words

In this passage, the author presents a claim of a 3rd party, then conveys his opinion that the claim is false. Then he tries to support his opinion with another claim, which is exactly the opposite of the claim made by the third party.

So, did you notice something?

In every CR passage, the conclusion is derived from some information, i.e., authors present some reason to arrive at their conclusion.

However, is that the case here? Has the author provided any reason to arrive at his conclusion in this passage?

No. Instead of providing reason/ evidence to support his opinion, he has provided another claim which is just the opposite of what the theorists and critics believe.

PS: A claim can be used to arrive at the conclusion. The issue here is that the conclusion and the supporting claim are more or less the same and are just contradicting what the theorists and critics believe, without providing any actual point to justify this stand.

Consider these two arguments, for example:

Notice the difference between these two arguments. The first one states one claim and then provides two contradicting claims. The second one, on the other hand, states a claim, provides a counterclaim, and then provides the reason behind the same.

Hence, the author has provided a conclusion without providing any supporting reason/ evidence behind the same. Instead, he has used another claim to support his conclusion, but the claim is just the opposite of the claim made by theorists and critics.

And there we are! We have so easily identified the flaw in the passage. The correct answer choice should also convey the same.

Why Can the Last Statement Not Be Considered Evidence?

If that is the case, read the last sentence again. Let me simplify it:

Is the author reporting some data here? No.

In order to report some data, the author would have written something like

It is so because if the author is presenting data about sound evaluations that have been carried out in the past, then these evaluations would not be considering the given facts in the present as is being conveyed by the last statement (Yes! You are right. You need to keep your SC hats on). Hence, the last statement is a claim and not evidence.

In simple words, choice A conveys that the author assumes the conclusion and pretends to provide evidence for the same.

So, can we say that

Hence, we did not find any blatant error in choice A. Hence, it can be the correct answer.

I would suggest that you analyze the remaining answer choices. If you can reject them on solid grounds, choice A will be your correct answer.

Simplified choice C– The argument derives the main conclusion by presenting a confusing interpretation of some important terms.

Now that the choice has been simplified, do you think the argument presents any confusing interpretation of any term? Clearly No.

If that was not the case, then your understanding of the passage was not correct. You definitely need to be more careful while analyzing the passage.

Well, even though choice D does not use any difficult words, it is difficult to understand.

How do we analyze such complex answer choices- by breaking them down? As we discuss in our Master Comprehension course, any long or complex sentence can be understood by reading it in chunks and then assimilating the meaning.

Let’s do that for choice D.

Ok, so as per choice D, the argument assumes something. Let’s see what.

Here, choice D talks about the production of an effect. Since choice D is about the passage, we need to understand that what the effect can refer to. IMO, the only effect possible as per the passage is sound aesthetic evaluation.

So, production of an effect would mean- Activity for making the aesthetic evaluation (henceforth called evaluation) sound.

Hence, this portion conveys that whatever is done to make the evaluation sound is evidence of something.

This portion means- an intention to make the evaluation sound.

If we now combine the three pieces, choice D conveys that –

Even the simplified version is not so simple!

However, is it anyhow related to the flaw that we found out? Not at all. The passage does not talk about any intention at all.

Choice B can be rejected for two reasons.

As per choice E, the argument assumes that an evaluative dispute, such as the one regarding aesthetic evaluation, can be solved by providing facts as evidence.

However, the argument neither provides any factual evidence nor talks about resolving any evaluative disputes.

What If I Don’t Know the Meaning Of Any Of The Difficult Words?

Well, in that case, I would suggest not spending too much time on such a question on your test. Such questions are rare; hence, as soon as you realize that you will not be able to infer the meaning of any of these words, you should save your time and use it to solve other questions.

However, if you get such a question in your preparation stage, take a note of what you learn from it and make sure to apply the same wherever required.

Takeaways – Some theorists and critics insist that…

You can try these questions to check if you can simplify complex answer choices as discussed:

In a certain rural area, people normally dispose of household garbage by burning it. Burning household garbage releases toxic chemicals known as dioxins. New conservation regulations will require a major reduction in packaging—specifically, paper and cardboard packaging—for products sold in the area. Since such packaging materials contain dioxins, one result of the implementation of the new regulations will surely be a reduction in dioxin pollution in the area.

OG Question 2 – Sasha: It must be healthy to follow a diet…

Try this question to cement your understanding of the structure of an argument.