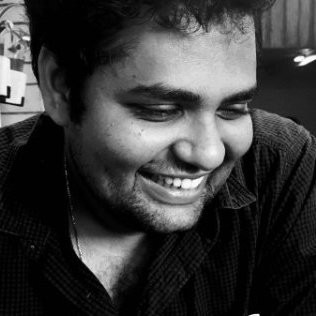 In this article, we’ll look at the solution to this Official Guide (OG) question CR31410.01 – “Most of Western music since the Renaissance…” on Critical Reasoning:

CR31410.01 – Most of Western music since the Renaissance has been based on a seven-note scale known as the diatonic scale, but when did the scale originate? A fragment of a bone flute excavated at a Neanderthal campsite has four holes, which are spaced in exactly the right way for playing the third through sixth notes of a diatonic scale. The entire flute must surely have had more holes, and the flute was made from a bone that was long enough for these additional holes to have allowed a complete diatonic scale to be played. Therefore, the Neanderthals who made the flute probably used a diatonic musical scale.

In the argument given, the two portions in boldface play which of the following roles?

Hey folks, in this article, we are going to solve a super-interesting, seemingly difficult, 700 Level OG question from the Critical Reasoning (CR) side. Several students have fallen prey to this question (Indeed, the accuracy is barely 48%!). It is also a question that is rich in learnings.

BF1: The entire flute must surely have had more holes,

BF2: the Neanderthals who made the flute probably used a diatonic musical scale.

BF2 is not just a claim made by the author; it is the main conclusion of the argument.

BF1 and the rest of the sentence which contains BF1 are points used to support the main conclusion of the argument (BF2).

If you did this level of analysis, congrats! You should have been able to reject options A, C, and E for the following reasons.

But sadly, this is where it ends. You would still be stuck between options B and D. So, what now?

Let me help. Here are a few key aspects about BF1 that will not just help you choose between options B and D but also give you additional reasons to safely reject options A, C, and E.

BF1 – Can it be considered evidence?

No. BF1 is an opinion. An opinion can be used as reasoning or a premise to support a conclusion, but it cannot be called evidence. Evidence is, by definition, factual.

Evidence supports something: facts, data, observations, study results, etc.
Consideration/reasoning to support something: can be facts or opinions/claims.

Note: You can use this logic to eliminate options A and E, in addition to the earlier mentioned logic. BF1 cannot be considered as evidence. Hence, the description of BF1 is incorrect.

BF1 – Can it be considered a conclusion?

Here, BF1 is simply an assertion made by the author, which is not derived based on any other statement in the argument. It is simply an opinion, not a conclusion.

But isn’t BF1 a derived conclusion from the sentence preceding it?

This is where understanding the content of the argument and the associated logic becomes extremely important.

Preceding Statement: A fragment of a bone flute excavated at a Neanderthal campsite has four holes, which are spaced in exactly the right way for playing the third through sixth notes of a diatonic scale.

BF1: The entire flute must surely have had more holes,

Think logically – Just the existence of a bone fragment with four holes cannot be considered as evidence of more holes, or even for the notion that the bone had more holes.  So, we cannot say that BF1 is derived from the preceding statement. Let’s understand why.

Then, the bone fragment discovered cannot in any way be considered as evidence or even support for the statement that the entire flute must have had more holes.

So, unless we know for a fact that such spacing between the holes is not possible in the case of a flute that has exactly four holes (i.e., a flute made based on a scale with exactly four notes), this fragment cannot be considered as evidence/support for BF1.

In the absence of such information, we cannot assume that BF1 is a conclusion derived from the preceding statement.

Sidenote: if we were given that the kind of spacing observed in the bone fragment is exclusive to the diatonic scale, then this fragment would be the remnant of a full diatonic scale flute. Then, BF1, which states that the entire flute must have had more holes (three more, to be precise!), would be a derived conclusion. But we are not given any such information.

Hence, if we understand the logic dictated by the content, we can figure out that BF1 is simply an opinion and not a conclusion supported by the preceding sentence.

Let me also give you a fun example to understand this point.

Say you discovered a fragment of an ancient inscription. The inscription says –

The spacing between the letters is the same as what has been observed in other inscriptions that have been discovered, which look like this –

But what if there are also inscriptions that look like this –

This is the logic at play here.

Alright! But could it be that BF1 is a conclusion derived from the subsequent section of the sentence?

No. Let’s understand why. Look at this section of the argument.

The entire flute must surely have had more holes, and the flute was made from a bone that was long enough for these additional holes to have allowed a complete diatonic scale to be played. Therefore, the Neanderthals who made the flute probably used a diatonic musical scale.

The argument is worded very craftily. If you did not pay attention to “and,” you may have assumed that the author is concluding that the entire flute must have had more holes based on the fact that the flute was made from a bone long enough for additional holes.

Sidenote: Observe what happens if we replace the word “and” with “since.” Now, BF1 is a derived statement made on the basis of the fact about the bone (used to make the flute) being long enough. In this situation, BF1 would be considered a conclusion, based on factual evidence presented elsewhere in the argument.

It is nuances such as these that make this a brilliant question.

But then, isn’t the word “surely” in BF1 a conclusion indicator?

This is a very important learning point. A conclusion indicator may be indicative of a conclusion, but not necessarily all the time.

Conclusion indicators are useful in terms of giving hints, but we should not depend entirely on them to decide if a statement is a conclusion.

Note: From the above analysis, what we can be sure of is that:

With this, you can now eliminate option D as well. You can also see why option B is the only correct answer for this question.

There, we solved it!

What can we learn from this GMAT CR OG question?

Now that we have dissected this question and understood its nuances, let’s summarize our learnings:

There are two other OG questions based on the same argument. If you enjoyed this question, you should try these too.