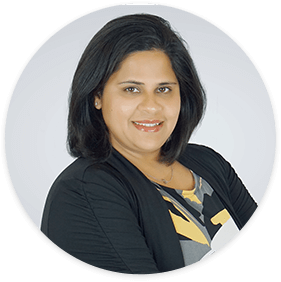 The year 2019 was a record year for e-GMAT from a Product, Service, and customer success standpoint. More than 12,800 paying customers and 65,000 registered users logged into the e-GMAT platform.

This means that an average student received feedback more than 230 times on the platform – more feedback than he would have received had he worked with a private tutor.

And all these learning activities generated more than 40M page views on the e-GMAT learning platform.  Watch this video to know more

While 70 million minutes of learning is great, what matters is the kind of results they produced… which is why e-GMAT exists in the first place.

In the year 2019, we not only continued to be the most reviewed company on GMAT Club, but we increased our lead over the competition.

With more than 1860+ reviews, we now have twice as many reviews as the next reviewed company – Veritas Prep. In fact, we now have more reviews than Veritas Prep, Manhattan Prep, and Magoosh – the next three partners – combined.

On the debrief front, the year 2019 was a milestone year –  a record number of students credited their success to e-GMAT. This helped us become the most popular source of student success on GMAT Club, leapfrogging Manhattan GMAT books for the first time. In fact, if you look at the stats on GMAT Club, 29% percent of GMAT test-takers who used any form of preparation material credited their success to e-GMAT.

*Estimated based on the tagging on GMAT Club’s Share GMAT Experience forum.

Support is an integral part of our offering and our 10-person customer success team ensured that every reasonable doubt that our students raised was addressed. Our three support teams, Subject matter, GMAT Strategy, and general support responded to more than 30,000 student queries. Ninety-five percent of these queries were addressed in fewer than 24 hours.

Similarly, our Subject matter team resolved 13,000 queries in record time, ensuring that any gaps in your understanding, any doubts you had, were addressed. Many times, they made you question, building that higher level of understanding that empowers you to reach that 740+ scores.

Last but not least, our general support team ensured that any general query, whether technical or otherwise was addressed. These guys worked tirelessly even on weekends to ensure that you were able to study uninterruptedly.

In terms of customer success, the year 2019 was a breakthrough year in which we helped more students succeed than ever. This success was powered by 10 years of investment in course design and technology and by your trust in e-GMAT’s methods. I want to thank all of you for your patronage and wish you a successful 2020.