Compare Mean and Median in 20 seconds 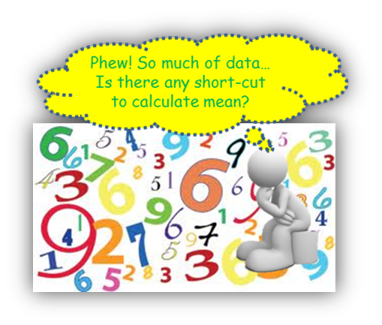 In a table analysis question that contains a long list, calculating mean through traditional method takes time. To save time, we will introduce two techniques that will allow you to logically deduce whether mean is greater than or less than the median.

To illustrate my point, let’s review OG 13/#24 question for discussion.

‘The table lists data on the 22 earthquakes of magnitude 7 or greater on the Richter Scale during a recent year. Times are given in hours, minutes, and seconds on the 24-hour Greenwich Mean Time (GMT) clock and correspond to standard time at Greenwich, United Kingdom (UK). Latitude, measured in degrees, is 0 at the equator, increases from 0 to 90 proceeding northward to the North Pole, and decreases from 0 to –90 proceeding southward to the South Pole. Longitude, also measured in degrees, is 0 at Greenwich, UK, increases from 0 to 180 from west to east in the Eastern Hemisphere, and decreases from 0 to –180 from east to west in the Western Hemisphere.’ 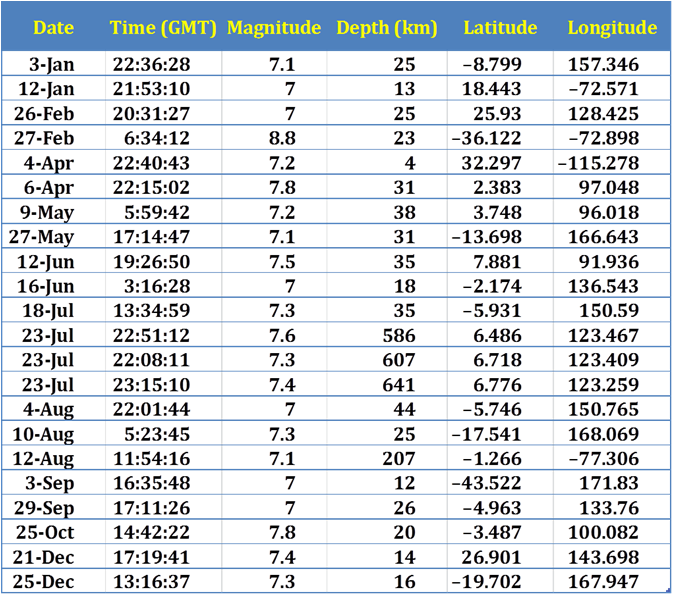 For each of the following statements, select Yes if the statement is true based on the information provided; otherwise select No.

The focus of our discussion will be question # 24A.

Is Mean > Median?The question asks us to compare mean and median. Our natural instinct will be to first calculate the mean and then the median.

Mean –> Mean involves handling 22 data points. Summing up all 22 data points and dividing the sum by 22 is quite time-consuming. The mean comes out to be 112.56.

Per the approach, we will at first calculate median, since median is less calculation intensive as compared to mean.

Median = 25.5 (Following the same approach as in “standard approach”)

Fundamental principle – In a series of all positive numbers, mean of the series is always greater than the sum of limited data divided by total # of data points in the set

This approach has also been used by OG.

This approach is along the lines of the Approach 1- Limited set Observation approach, but there is no calculation involved. In fact this approach relies on data observation only.

Median- Instead of exactly calculating the median, we will make a few observations. After all to find the exact median, we did have to go through some effort (as shown in standard approach). We know that median is the middle most value.

Just observing this data set, we can be confident that the median will fall between 25 and 31. 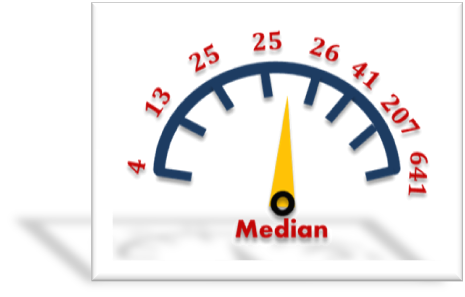 Mean- Let us understand a property of mean in relation to ascending order listed dataset.

The given data set of depth is arranged in ascending order, & bottom cell values are disproportionately higher than other cell values. As all the data points lay equal importance for mean, this implies that mean will drift towards heavy values. 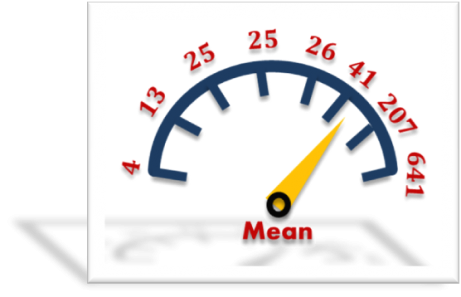 The best thing about this approach is that we don’t need to do any calculation. Mere observation of data & use of basic concept is enough to determine the answer.

Table given below presents a few salient features of mean and median.

So what to do in this scenario?

Well, GMAT is not going to test exactly this kind of scenario. Had this scenario been presented to you in the exam, there would have been some other concept applicable to deduce the answer. GMAT lays more importance on application of concepts than on long calculations. 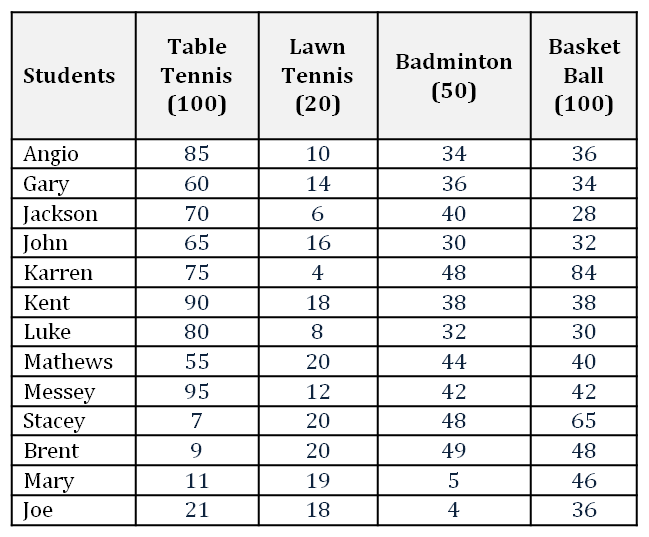 For each of the following statements, select ‘Yes’ if statement is true based solely on the information provided in the table; otherwise select ‘No’.

Access the excel file of this table – Here. Please make sure that you only use sorting feature of Excel, that too in ascending order only.