Contact Us
Close
Learn about our Team and Culture

We are a team of dedicated professionals, ready to do what ever it takes
to help you ace the GMAT

He has excellent observation skills and an eye for details, qualities that make him stand out.He has a passion for teaching, and hence after completing his MBA from IIT Roorkee, he joined e-GMAT.

Nayeem graduated from IIT Roorkee, the oldest technical institution in Asia, which trained him to belong among the best professionals. He is always interested in the concept of novelty. 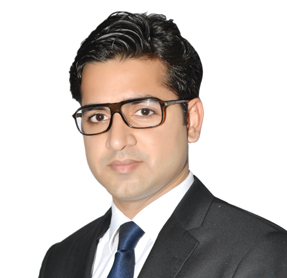 Abhishek is a web technology enthusiast, an overt communicator and a process driven person. An unflinching technopreneur at soul, he is affable as a companion and a voracious learner. He firmly believes that conscious effort put in any task with honesty, correct approach, and the right technology mix can lead to tangible outcomes

Atul was born in Varanasi into a family of engineers. Friends and family describe him as a creative and disciplined person and as a workaholic. He has excellent observation skills and an eye for details, qualities thatmake him stand out. He has a friendly nature and is really good with people. You can always find a smile on his face even in the worst of situations. He is a true believer in giving something back to society.

After completing his Bachelor’s degree in Mechanical Engineering from NIT Allahabad, he joined a manufacturing company as a Quality Assurance engineer. This gave him a wonderful opportunity to apply his theoretical knowledge as well as his analytical skills and also built up his experience of the corporate world.Even though he gained vivid exposure in the field of plant and operations, still his appetite for learning took him towards the next phase of his education (MBA) at IIT Roorkee.

Atul has always been a person who likes to go deep inside every concept that comes in front of him, and that may be the reason why classmates used to swamp his room like bees during exam times to learn from him. This is the reason that he developed a passion for teaching, and hence after completing his MBA he joined e-GMAT. Here he is on the panel of e-learning experts and his work involves creating e-GMAT’s e-learning products.

In his free time, he is seen indulging in sports, which has always been an integral part of his life. It has taught him to push his boundaries while following the rules of the game. He is a fan of acting, and does not miss out on any chance to perform whenever an opportunity presents itself. He understands the value of expression, which he owes to the number of cartoons and animated movies that he has watched.

Nayeem Noor Mohammed, is a resilient, organised and creative being. He is always interested in the concept of novelty. His confidence, patience and clarity in ideas has helped him in executing each of his deeds with perfection and uniqueness.

He graduated from DoMS, IIT Roorkee, the oldest technical institution in Asia, which trained him to belong among the best professionals. His vivid and lucid ideas helped him to perform with all all-round level of excellence at the institution, both in the classroom and in extracurricular activities.

His vision to invent new thoughts and ideas is clearly reflected in his various activities such as advertising, short film making and photography, where he has bagged the first prize in various National level competitions. His quest for new themes and concepts andhis leadership quality have helped him in being a good theatre artist too. Apart from these, he has shown his mark in the sport of boxing by being the State level champion of his home state, Kerala. This achievement has helped him to nurture the qualities of the spirit of competition, hard work and dedication.

His springy, assiduous and creative nature has placed him in e-GMAT, where his ideas can be constantly evolve professionally for designing next generation courses.

Abhishek is a web technology enthusiast, an overt communicator and a process driven person. An unflinching technopreneur at soul, he is affable as a companion and a voracious learner. He firmly believes that conscious effort put in any task with honesty, correct approach, and the right technology mix can lead to tangible outcomes.
Throughout his academics, Abhishek has been amongst the top 1 percentile. After finishing his undergraduate honors degree in Applied Biomedical Sciences from University of Delhi South Campus, he joined AIIMS, New Delhi, for a master’s in Biophysics, a replica of MS Bioengineering in the West. He was awarded INSPIRE research fellowship by the Ministry of Science & Technology, Govt. of India, for standing first in the Institute’s Master’s program in Biophysics to pursue a Doctorate program in Bioengineering. After a brief stint as a Junior Research Scientist, his urge to understand the translated part more than lab research made him join MTech in Biomedical Engineering at IIT Bombay, on grounds of GATE, in which he scored in the 99.6th percentile.
During his Master’s program he got inspired by the start-up culture in IIT B campus and actively cofounded an educational start-up with IIT and NIT graduates, providing classroom and technology enhanced training to young minds from the K- 12 community aspiring for careers in medicine and engineering.
At eGMAT, he enjoys authoring e-learning content, and transmutes veiled quant and verbal concepts into visual depictions with higher expression and retention power to the learners. He is currently involved in process improvement with his team on rapid and quality authoring of eLearning modules.
Very recently he has achieved a 98% caffeine de-addiction from his earlier intake of 18 to 20 mugs of coffee a day. Abhishek in his free time is found reading technology and management titles and enjoys designing interiors of his house on weekends.